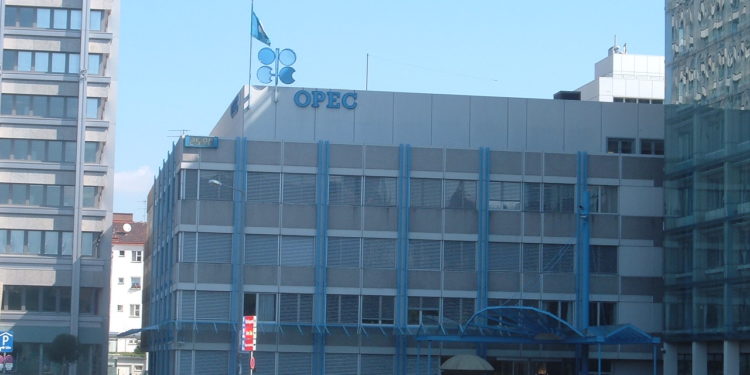 Monday has seen a rise on oil prices, the first after six sessions of losses triggered by the coronavirus outbreak. Photo: Lukas Koster | Flickr | CC BY-SA 2.0

Oil prices surged higher on Monday as a positive outlook on further OPEC+ cuts and stimulus from central banks assuages woes over lower oil demands after the coronavirus outbreak.

Brent crude rose 4.3%, or $2.20, to trade at $51.87 per barrel. U.S. West Texas Intermediate crude gained $1.99, or 4.45%, to settle at $46.75 per barrel. Monday’s numbers are the first rise after six consecutive sessions of losses after the global pandemic has spread uncertainty to market players and investors.

Analysts also believe that Russia’s comments on further cuts on oil production as proposed by the Organization of Petroleum Exporting Countries (OPEC) and its allies that they are looking into the proposal, which they previously resisted, eases further fears.

“The comments of Russian President Vladimir Putin that Russia will keep cooperating with OPEC and its allies are also helping ahead of the important oil producer meetings at the end of this week,” UBS oil analyst Giovanni Staunovo said.

Early February, Russia was reportedly very resistant to the proposal, which would impose additional oil production cuts of 600,000 BPD during the OPEC+ meeting in Vienna as a response to the intensifying coronavirus outbreak.

“The recommendation is for a cut of 600,000 BPD. Russia has asked for more time for consultations,” one of the Reuters sources said.

In a report published by Bloomberg, sources present during the OPEC+ meeting said that while Russia is opposed to imposing additional production cuts, it is was not against the extension of current ones.

Analysts believe that Russia’s position on additional cuts is not surprising at all. The country has been known consistently budgeting for lower oil prices than the actual ones since the 2014 price collapse. This strategy makes Moscow more resilient price drops than Riyadh.

“If it were intractable, they would have left by now,” R.B.C. Capital’s Helima Croft told Bloomberg. “It’s a quest for consensus still. But certainly, it shows that this is not easy.”

U.S. oil prices experienced its steepest nosedive since 2008 last week as panic over the fast-spreading coronavirus stokes investors fearing for a slowing global demand. Last week alone, benchmark Brent crude, which fell about 2% on Thursday, has shed around 13%, putting it on track for its steepest weekly decline since January 2016.

‘The genie’s out of the bottle’: Singaporean minister warns that COVID-19 outbreak could last a year

'The genie's out of the bottle': Singaporean minister warns that COVID-19 outbreak could last a year