Home » Medical » ‘The genie’s out of the bottle’: Singaporean minister warns that COVID-19 outbreak could last a year 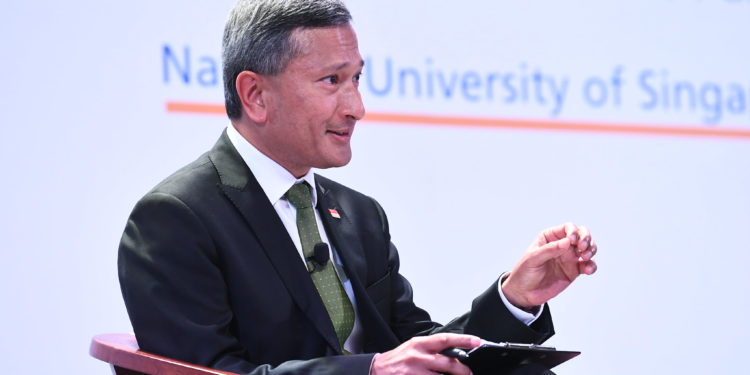 Singapore Foreign Minister Vivian Balakrishnan urges governments to prepare for the COVID-19 outbreak as it could last up to a year. Photo: Jacky Ho | Flickr | CC BY-ND 2.0

‘The genie’s out of the bottle’: Singaporean minister warns that COVID-19 outbreak could last a year

Singapore’s Foreign Minister Vivian Balakrishnan said on Wednesday that the world must prepare for the impacts of COVID-19 as the fatal novel virus spreads globally and could last up to a year.

Balakrishnan characterized the spread of the coronavirus as an “explosion” after confirmed cases has already reached Western countries and infected many in Italy, the USA, and Iran. “The genie’s out of the bottle,” Balakrishnan said during an interview with CNBC’s “Squawk Box Asia.”

The diplomat said that the disease would have been easier to contain if it had been like SARS, another infectious disease from the coronavirus family. The SARS pandemic, which peaked in 2003, has infected 8,000 people in total, of which 774 died, according to data from the World Health Organization. The Severe Acute Respiratory Syndrome outbreak spread through multiple countries like China, Japan, South Korea, and Singapore.

“This is a new virus; it is very dangerous and wistful to believe that it will behave according to previous viruses. So, we do not make that assumption that this will disappear in the summer months,” he told CNBC.

The COVID-19 outbreak has already infected more than 110,000 people across at least 110 countries and territories, with over 4,000 deaths worldwide, the data from the World Health Organization revealed.

Balakrishnan said that while the SARS outbreak only lasted for four months, the economic impact after the containment of the disease has affected industries for the next six months. On the contrary, the minister said that the new coronavirus could have a more significant impact and could last longer considering the rate of infection that it exhibits around the world.

“I think you have to be concerned about a major impact because it’s a global phenomenon, and it’s going to last quite some time,” he said. “You need to be psychologically prepared.”