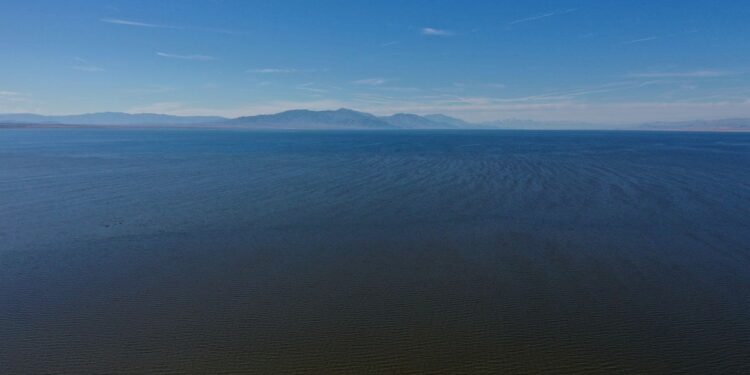 The passage of the Inflation Reduction Act (IRA) in August will bring with it historic new spending to address climate change. Some are predicting large drops in U.S. carbon dioxide emissions as a result. However, for that to happen, the rollout of the law will have to go smoothly, and at the moment that is far from guaranteed. Instead, there are likely to be significant speedbumps as this law gets implemented in the years ahead.

Perhaps nowhere is this clearer than with the provisions related to electric vehicles (EVs) and their battery components and critical minerals, especially those that pertain to lithium. Lithium is used in electronic devices’ batteries, including those found in EVs, and also the laptops and cellphones Americans rely on everyday.

The IRA makes a number of significant changes with respect to federal subsidies for EVs. First, an annual cap on the number of clean vehicles that may qualify for a $7,500 tax credit has been lifted, which means some EV and plug-in hybrid purchases will receive the credit going forward, which wouldn’t otherwise. After 2023, credits won’t apply to some more expensive vehicles, and there will also be new income limits, limiting who qualifies for a rebate. Additionally, used EVs will qualify for up to a $4,000 rebate, assuming other eligibility restrictions don’t apply.

Another significant change is that final assembly of clean vehicles qualifying for the tax credit will have to take place in North America, and critical minerals used in batteries, including lithium, are going to have to be sourced from either North America or U.S. trading partners. Beginning in 2024, minerals or components sourced from “foreign entities of concern” like Russia and China will make vehicles ineligible for subsidies.

The critical mineral requirements found in the IRA are phased in gradually. Starting in 2024, 40% of critical minerals found in EV batteries will have to be extracted or processed in the United States or countries with which it has free trade agreements; or, they will have to have been recycled in North America. That percentage rises to 80% by the end of 2026. Also starting in 2024, 50% of battery components will have to be manufactured or assembled in North America, with this number rising to 100% by the end of 2028.

Currently, the amount of lithium produced in the United States is relatively small, leading the U.S. to be a large importer of this mineral. That has the potential to change, but will depend heavily on changes in technology, policy as well as public attitudes. Across the world, lithium tends to be concentrated in a small number of countries, and, with the exception of Australia, these tend not to be countries with free trade agreements that meet the standards set forth in the IRA.

Some Background on Lithium Markets

As of 2022, the United States has only one domestic producer of lithium. This is Silver Peak, a brine operation site run by Albemarle
ALB
Corporation in Esmeralda County, Nevada. This too could change. For example, the Salton Sea is a landlocked lake located north of the California-Mexico border. The California Energy Commission estimates there could be enough dissolved lithium in the geothermal brines in the Salton Sea to meet 40% of world lithium demand. However, extracting this lithium is a complicated, technologically-involved process that is at least partially unproven. At a minimum, it could take years before any lithium comes to market.

With domestic production limited, U.S. imports of lithium have skyrocketed since the early 1980s, up from about 80 metric tons in 1984 to over 2,600 tons in 2019 (with a lot of fluctuation in between). The increased demand has, not surprisingly, been accompanied by higher prices. One price spike occurred around 2016 and a more substantial one (which shows no sign of stopping) began in 2020. The IRA could contribute to further price pressures.

Along with higher prices, lithium production has been rising sharply in recent years. Known reserves began to increase in 2008. At first, new reserves did not correspond with a jump in production. That began to change around 2016, coincident with the price spike that occurred around that time. Since 2016, production has ramped up dramatically.

The increases in supply have largely come from Australia, Chile, and China. Of these, Chile has by far the largest reserves, possessing nearly 40% of the world’s total. However, Australia produces more lithium than Chile. Argentina and Bolivia also have the potential to compete in this space, but it will be a while before they are major players, if that happens at all.

For example, Bolivia has struggled to take advantage of its natural resource wealth after a botched nationalization effort in 2008. According to one Wall Street Journal report, “In 2021, Bolivia produced just 540 tons of lithium carbonate … or what Chile produces in a day and a half.” Mexico also recently nationalized its lithium mining and extraction activities and is in the process of setting up a state-run public utility to manage these operations for the government.

Many investors are hoping Argentina will fare better, but creating a reliable legal environment and protections for foreign investment will be critical for success. According to the Department of Energy, 90% of U.S. lithium imports came from Argentina and Chile from 2016 to 2019. However, Chile may be in early stages of a reversal of fortune as indigenous groups are organizing to oppose many new projects.

Australia—currently the world’s largest lithium producer—may stand to benefit most from the Inflation Reduction Act, at least in the short term, given its status as a reliable U.S. trading partner and a country known to have strong property rights. Meanwhile, as of 2021, U.S. lithium reserves stood at just 4% of the world’s total, but that is without yet unlocking the untapped potential of the Salton Sea. Recycling of old battery components represents another source of opportunity in the United States.

For the time being, the global lithium landscape is shrouded in uncertainty. Public pushback against mining could become a major factor affecting whether the U.S. can meet its goals under the IRA. Pressures on prices and production are sure to mount if demand trends continue on their present course and supply remains constrained by political and social forces. Some of these forces will be out of the control of domestic policymakers, but one thing is for sure: expect to hear more about this issue in the months and years ahead.

Justin Leventhal, a research associate at the Mercatus Center at George Mason University, co-authored this story. 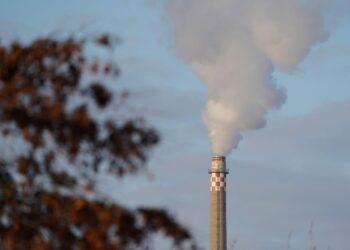