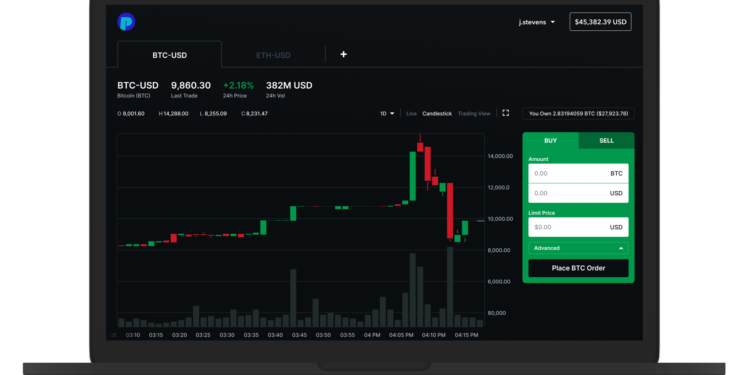 TD Ameritrade alum Nicole Sherrod, Blockchain’s head of retail products, said that the custodial exchange, named the PIT, can bridge to non-custodial Blockchain wallets for instantaneous transfers. With the capability to trade up to 26 assets.

Forty million wallets were already created according to Sherrod as of writing. In Londen’s Equinix LD4 data center, an exchange matching-engine was set up, and PIT could attract more liquidity than other competitors.

Sherrod said that “that’s what market makers are looking for,” “they want to co-locate [data center servers] with you, they want to connect to your matching engine directly. It’s the way it’s done on Wall Street.”

Blockchain, either way, is prioritizing token offerings over margin trading options, both of which are on the road map.

According to Sherrod, “beyond the 26 [assets] we already know what our phase two asset listings are going to be, as well as phase three,” not naming any assets beyond what the wallet supports.

It remains a question of how PIT will compete with constant exchanges like Binance and Coinbase. Before Silicon Valley’s iconic unicorn exchange, Coinbase was also a wallet provider and brokerage.

“We’re looking to compete on the overall client experience,” Sherrod said, also adding that new customer support teams have become the company’s second-largest division as part of a broader turn to exchange services.

Only time will tell if the flow of Blockchains revenue will generate through the transaction fees will justify this expansion.
For various jurisdictions, Blockchain is applying a license for it according to Sherrod. But to which specific part it would be, was left unclarified. While in the meantime, the exchange won’t operate in any jurisdiction that will require them the use of a license, a spokesperson for exchange added.

Huawei's Revenue Rose 23% Amid US Row