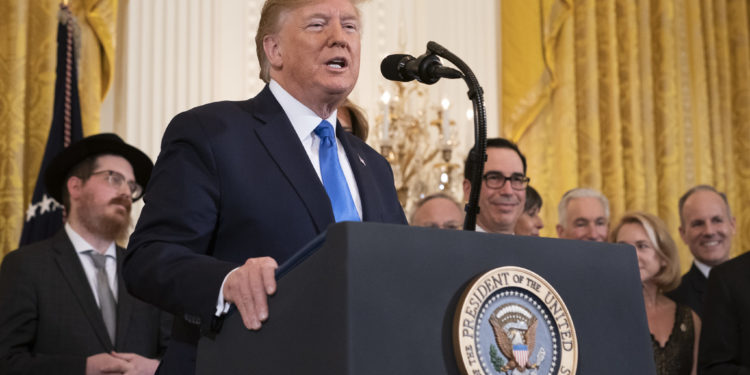 Phase one of the trade deal between the Trump administration and China has been reached in principle, sources close to the negotiations said on Thursday. This means that a tentative agreement has been formulated, and they are just waiting for approval from President Trump before the deal is implemented.

The president held a meeting with top White House officials on Thursday to discuss whether to delay the implementation of the additional tariffs set to be imposed on Sunday, CNBC reports. An additional 15% of tariffs are planned to be imposed on an additional $160 billion in Chinese-made goods, including toys, computers, phones, and clothing.

As part of the first phase of the trade deal, the U.S. is offering to scrap the new rounds of tariffs completely and slash some of the existing duties by half, sources said. The U.S. proposed cutting existing duties on $360 billion in Chinese products by 50%.

Trump’s administration also wanted more agricultural purchases from China as part of the deal. China had committed to buying about $40 billion in goods, while the president wanted the figure closer to $50 billion.

Citing people familiar with the negotiations, the Wall Street Journal reported last week that the Trump administration is demanding China to purchase a minimum of $40 billion to $50 billion in agricultural products from the United States. This amount is significantly higher than the agricultural purchase made by China last year. Beijing bought a total of $8.5 billion in Agri products from the U.S. in 2018.

President Trump told reporters at that time that anything could happen to the scheduled tariffs on the 15th as the trade talks are still ongoing; however, he noted that they are still not talking about it. He also highlighted that then negotiations with China are currently going “very well.”