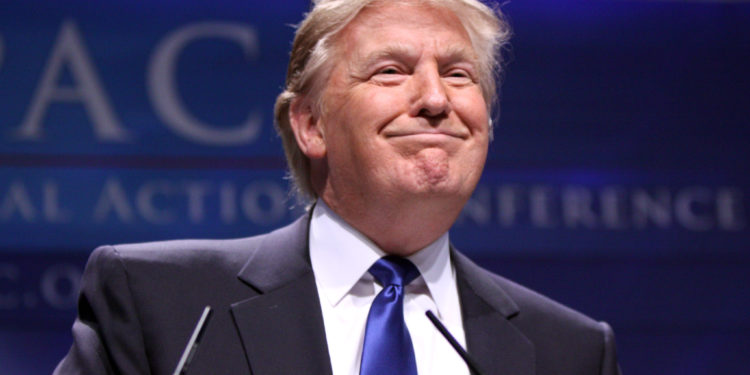 US and China are still at odds over agricultural purchases. Photo: Gage Skidmore | Flickr | CC BY-SA 2.0

As the United States and China scramble to draw out the so-called phase one of the trade deal to end the long-standing economic row between the two nations before a new set of tariffs imposed by the U.S. Kicks in, Washington and Beijing are still at odds over agricultural purchases, the Wall Street Journal reported Thursday.

Citing people familiar with the negotiations, the Journal said that the Trump administration is demanding China to purchase a minimum of $40 billion to $50 billion in agricultural products from the United States. This amount is significantly higher than the agricultural purchase made by China last year. Beijing bought a total of $8.5 billion in Agri products from the U.S. in 2018.

In addition, Trump is demanding that China should publicly announce its purchase plans and openly admit that the country will not depend on market conditions or China’s trade obligations, sources told the Journal.

Currently, the two countries are in talks to finalize the first phase of the trade deal negotiations before the additional 15% tariffs on $165 billion in Chinese imports are set to kick on Dec. 15. On Thursday, President Trump told reporters that anything could happen to the scheduled tariffs on the 15th as the trade talks are still ongoing; however, he noted that they are still not talking about it. He also highlighted that then negotiations with China are currently going “very well.”

Chinese Commerce Ministry spokesman Gao Feng said Thursday that Beijing and Washington are maintaining close communication regarding the trade deal. He added that China “believes if both sides reach a phase-one agreement, relevant tariffs must be lowered.”