Home » Crypto » MasterCard wants a piece of the crypto market; sets up a dev team for its own digital money 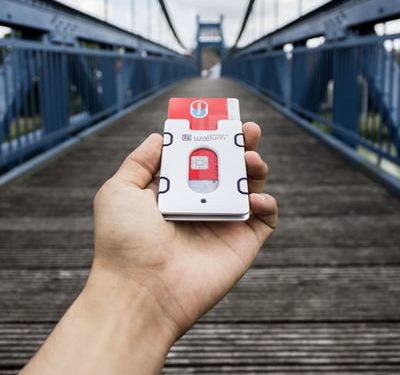 Cryptocurrency is exhausting too much pressure for big payment companies and they are now starting to develop their own. MasterCard, one of the biggest backers of Facebook’s Libra cryptocurrency, that it would be putting its own cryptocurrency team together with its partner Facebook.

The financial company has been scouting for applicants to be part of the team. Applicants are asked if they have the desire to work at the intersection of payments and cryptocurrencies. If ever they are hired, they will monitor the trend of the usage of cryptocurrency and will also assist in the development of new products and solutions.

The company, MasterCard, does not want to remain as a card company, but instead, it wants to become a technology company according to Ted Rossman, an analyst with CreditCards.com.

Card experts call this as a “smart move” since the influence of MasterCard will widen, and it will attract more potential customers in its expansion.

The chief executive of LowCards.com Bill Hardekopf said that there are tons of activity when it comes to the area that they are going to submerge in and since they are offering a cryptocurrency of their own it is important that potential investors understand the subject in mind.

Nowadays, the trend of using cryptocurrency is steadily increasing throughout the world; thus, the need for any other forms of payment is getting much lower, and cryptocurrency usage is getting higher. Since the revolution of cryptocurrency is at hand, MasterCard is also joining this revolution. Mastercard is now slowly establishing a team of its own for the digital currency world.

The Vice President, Seth Eisen, of Mastercard, gave information that the firm is looking for innovative ways to build its market value. Eisen also stated that they have been looking at digital currencies and blockchains.

Mastercard plans to widen the range of their industry by creating a cryptocurrency of their own; this means that there will be more profit gain for the company itself in the near future.