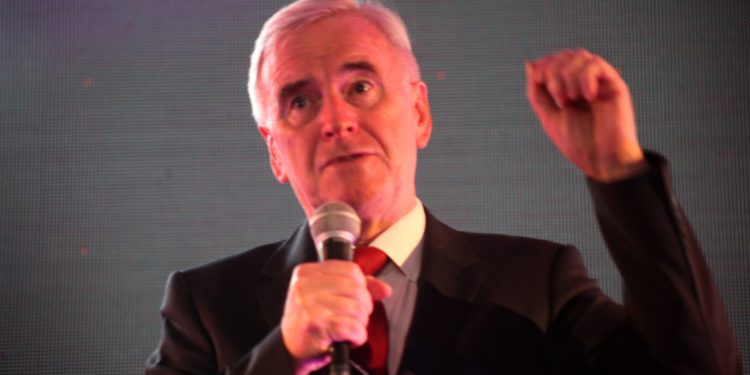 UK's Labour Party said companies failing to respond to climate change will be kicked out of the stock exchange. Photo: Kevin Walsh | Flickr | CC BY 2.0

Ahead of the U.K. Elections, the Labour party warns corporations that they will be delisted from the London Stock Exchange if they refuse to respond and tackle the climate crisis if the party wins.

The new radical plan was laid down by the acting chancellor of the Labour party, John McDonnell, who promised that under their government, they would ensure that companies are “pulling their weight” to tackle the “existential threat” to the planet.

McDonnell has a stark warning to companies: “For those companies not taking adequate steps under Labour they will be delisted from the London Stock Exchange.”

The climate agenda will become the party’s “overriding priority,” and they vowed that they would “rewrite the rules” to make sure that companies are taking part in preserving the environment and mitigating the impacts of the climate crisis.

This would mean that the Corporate Governance Code will be amended to “set out a minimum standard for listing related to evidencing the action being taken to tackle climate change,” McDonnell said.

Speaking at an event in London, Labour’s shadow chancellor said: “If we are to meet the climate change target to keep global warming to 1.5 degrees above pre-industrial levels, we need to ensure that companies are pulling their weight alongside the government.”

“Business bodies are calling for companies to improve climate-related financial reporting and for all companies to bring forward decarbonization plans.”

This pronouncement follows the backlash they have received after one shadow cabinet minister from Labour announced that they would be dropping plans to achieve zero net carbon emissions by 2030.

In his statement, McDonnell promised that “a step-change in corporate governance and regulation that will support efforts to tackle the climate emergency.”