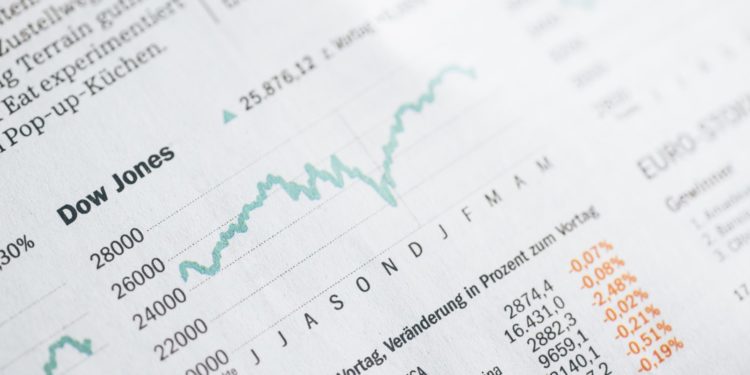 As the U.S.-China trade negotiations hit another snag, Dow fell after record highs. Photo by Markus Spiske on Unsplash

After record closing highs on Wednesday, Dow and S&P 500 slid down by 0.1% and 0.5% on Thursday as stocks are falling amid the market worry on the state of the U.S.-China trade relations. The Dow Jones Industrial Average dipped 26 points or 0.1%. The S&P 500 traded 0.05% lower while the Nasdaq Composite slid 0.1%.

The dip is also attributed to the disappointing fall of Cisco Systems stocks that fell down by 7.8% on guidance and Walmart dipping 0.6% after an all-time high record. The tech sector is the biggest casualty in the S7P as if pulled back by 0.3%.

“The run-up was fueled by signs of a more conciliatory tone around trade,” said Keith Buchanan, portfolio manager at GLOBALT. “The news flow over the past week has turned a bit more normal, and the market really hasn’t come off its highs in any meaningful way.”

Buchanan, nonetheless, said that this is something they view as positive.

The volatile negotiations between the U.S. and China was reportedly at a halt after disagreements over agricultural purchases. On Wednesday, reports reveal that China will resist all attempts of the United States to request to curb all tech transfers as well as other enforcement mechanisms.

An “in-depth” discussion overnight is being held for both parties talking about the possibility of a phase one deal, said Chinese Ministry of Commerce spokesman Gao Feng. However, the minister said that the key to productive negotiation is rolling back of tariffs for the two parties to reach an agreement finally.

“While signs of progress toward a US-China Phase 1 deal are welcome, a number of key points will need to be negotiated, including timing, enforcement and terms,” said Mark Haefele, global chief investment officer at UBS Global Wealth Management, in a note.