Home » General » Xi, Trump to work ‘closely together’ to fight against COVID-19 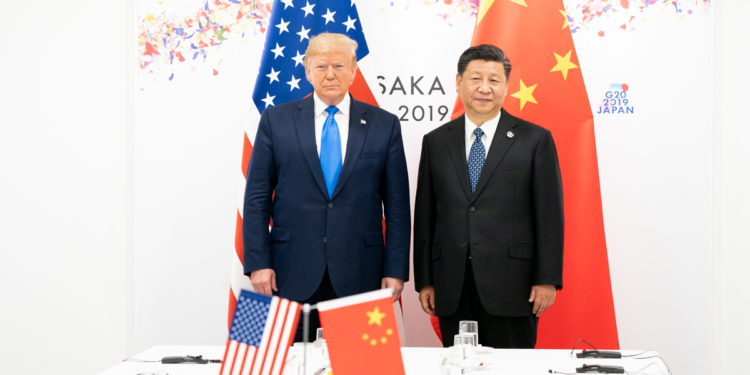 In a tweet, President Donald Trump said US and China are working closely together against COVID-19.

Xi, Trump to work ‘closely together’ to fight against COVID-19

President Donald Trump has been in communication with Chinese President Xi Jinping as the two superpowers aim to work closely together in the bid to end the coronavirus pandemic, a tweet from the POTUS said.

The leaders of both countries just finished a phone call, which discusses cooperation measures as the global pandemic continues to infect people around the globe.

Trump said that “we [United States and China] are working closely together” with China as the country has more understanding of the COVID-19, which originated from the Chinese city of Wuhan in Hubei province.

“Just finished a very good conversation with President Xi of China. Discussed in great detail the CoronaVirus that is ravaging large parts of our planet,” Trump’s tweet reads.

“China has been through much & has developed a strong understanding of the Virus. We are working closely together. Much respect!” he added.

Chinese state media confirmed the phonecall, which happened Friday Beijing time. The phonecall followed a video conference meeting of G-20 leaders. During the video conference, Xi made a speech calling for stronger international cooperation among nations as the world fight against the pandemic.

“Under the current circumstances, China and the U.S. should unite to fight the epidemic… The Chinese side is willing to continue to provide information and experience with the U.S. without reservation,” President Xi Jinping said during his speech.

“The Chinese side understands the current difficulties of the U.S., and is willing to provide support within (China’s) ability.”

As of writing, the COVID-19 pandemic has already infected more than half a million people around the world, with most confirmed cases charted in the United States.