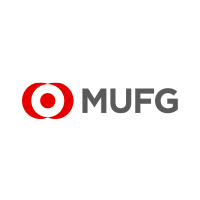 The banking unit of Japan’s Mitsubishi UFJ Financial Group (MUFG) plans to trial its own cryptocurrency as early as 2019, Cointelegraph Japan reports today, May 15.

Currently the fifth largest bank in the world by assets, MUFG originally signalled its intention to launch a token in January this year, in so doing becoming the first Japanese bank to issue one. Plans for the move stretch back further to 2016, Cointelegraph reported at the time.

MUFG Coin is designed to offer currency functionality first and foremost, with test customers to download an app that will automatically convert their deposits. According to NHK’s report, one MUFG will be equal in value to one yen.

According to NHK, users “will be able to use the currency to make payments at places like restaurants, convenience stores and other shops,” as well as “transfer the currency to the accounts of other participants.”

The bank joins a steadily increasing swathe of major Japanese entities preparing inroads into the cryptocurrency industry. The exchange sector has dominated the headlines in 2018, with names such as DMM and Yahoo! at various stages of involvement.