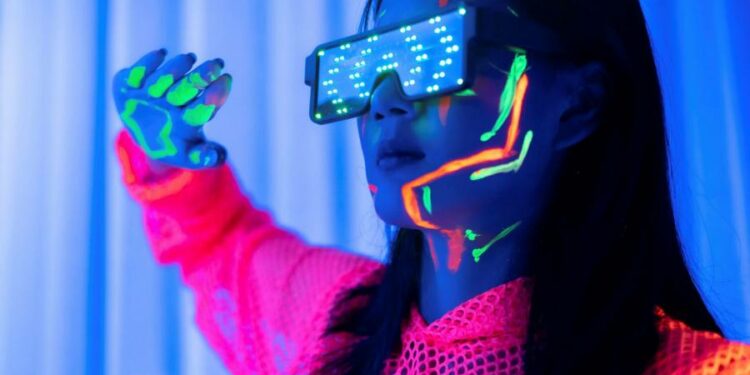 As nightlife returns in most parts of the world, it is easy to laugh at the prospect of spending Friday night using a headset and dancing in a virtual club.

Partying as an avatar emerged as a fast-growing, albeit niche, activity during the pandemic, one that provided a market for virtual clothing and accessories in the latest designs such as limited edition sneakers selling for more than $10,000.

Scepticism over whether such virtual parties are the future of nightlife is fully justified. The prospect of wearing awkward headsets and getting motion sickness may even fill some with dread. But with many companies touting the prospects of the metaverse — the shared virtual space in which people interact as 3D avatars — virtual nightclubs provide valuable clues to future trends and where early profits lie.

Virtual clubbing has helped accelerate the development and realisation of technologies, including digital “twins” of real people, hyper-real graphics and immersive audio.

There is the potential for windfalls. The metaverse is expected to be a $1tn market by the end of the decade, according to CB Insights. But there is also the potential for risks. Non-fungible tokens of items from art to real estate are the economic foundation of the virtual lands in the metaverse. But bets on NFTs crashed following a meltdown in the cryptocurrency market. Daily average sales of NFTs earlier this month fell 92 per cent from a peak in September.

A safer bet might be companies with products and services that will help drive the transition to the metaverse, but which are also already in strong demand. In Asia, recent deals point to future profit streams. These include Sony’s $1.5bn investment in Epic, the US developer of blockbuster game Fortnite; Korean entertainment group CJ ENM’s acquisition of a stake in US-based digital human platform Hyperreal; and SoftBank’s investment in New Zealand-based Soul Machines, another digital avatar company.

These technologies have already started adding to the top line. For Korean entertainment companies, the contribution has been critical to growth, helping them post record earnings last year even as live performances, their single-biggest revenue stream, trickled to near zero during the pandemic.

Critically, because the visuals are created within the graphic software — not filmed by a camera — the same content can be easily transformed for use in other genres, such as games, films and interactive mobile virtual reality platforms. This could cut production costs for groups such as CJ, Sony and Hybe, which have businesses spanning games, music and films. These technologies provide immediate value for current businesses and much less risk should the shift to a VR world take longer than expected.

Hybe, the agency behind K-pop band BTS, was hit by a 98 per cent plunge in sales from its core live concert business in 2020 as tours were cancelled. But total annual revenues and operating profit still rose over a third, as it was quick to offer VR concerts and content. With such digital content repurposed at a fraction of the cost of live shows, operating margins rose to nearly a fifth higher than pre-pandemic levels.

CJ ENM, which started using the latest VR and augmented reality technology for its virtual concerts in 2020, has also enjoyed a boost to content sales. These have since risen steadily, more than doubling in the latest quarter, as did operating profits from its music division. For Sony, sales from its music segment rose a fifth in the year to March.

Until now, social media companies have led spending on the metaverse in hopes of gaining a stronghold on the growing industry. It will be demand from the gaming and entertainment sectors, however, that acts as the swing factor under which virtual reality and its headsets have a chance at mass market adoption. Here the risk and reward calculations might be better for investors seeking exposure to both the real and the unreal worlds.