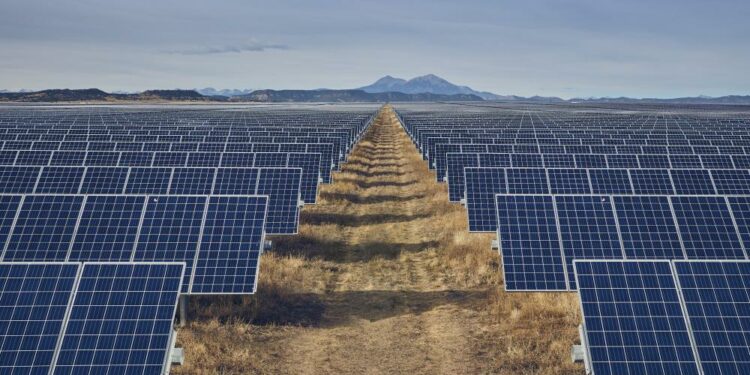 Out where the buffalo roam, the sun shines and the wind blows. Western states including Colorado, New Mexico, and Wyoming are reliable green energy producers, but they lack transmission from east to west and they don’t have a regional transmission organization (RTO) to manage the market.

Duane Highley, president and CEO of Tri-State Generation and Transmission Association, which supplies power to 42 rural electric utility cooperative members in those three states, as well as western Nebraska, wants to change things. He is crusading to build new transmission and establish an RTO or hook into an existing one in the western grid. Nebraska, in the eastern grid, already benefits from the Southwest Power Pool (SPP) RTO.

Highley told me in an interview, which took place partly in his office in Westminster, Colorado, and partly by telephone, that to build on what is being accomplished with renewables, more east-west transmission is critical along with an RTO. The former to move power in and out of the Intermountain region, and latter to provide day-ahead pricing for the electric market and facilitate more efficient use of resources.

When Highley came to Tri-State in early 2019, it was under pressure to turn away from its traditional coal and gas generating base to more renewables. Working across state lines with public utility commissions and governors, and with the help of former Colorado Gov. Bill Ritter, Tri-State developed a blueprint for the future entitled “Responsible Energy Plan.” It was adopted in 2020.

Decarbonization goals have been assisted by the falling cost of wind and solar energy: Tri-State contracted for more than 1,000 megawatts below 1.7 cents a kilowatt hour, Highley said. The low cost of renewable generation helps mitigate rate pressures, supporting Tri-State’s goals — as it reduced its wholesale price by 4 percent, at a time when its neighbors were increasing rates.

“The important message is that we have significantly grown our renewable resource portfolio over the past 11 years as the cost of wind and solar has dramatically decreased,” Highley said. “We have six large, utility-scale wind and three solar projects in place today, with six additional solar projects coming online by 2024.”

A critical early achievement in Highley’s management was to move Tri-State from multistate rate oversight into Federal Energy Regulatory Commission (FERC) jurisdiction, in recognition of its place as a wholesale power supplier in interstate commerce.

Tri-State has always had hydro in its renewables portfolio; the rest of its clean energy is from wind and solar. Although it owns some coal and gas, its future emphasis is on wind and solar. But Highley told me that renewables must have a firm power backup either from storage or gas — even if this backup requires building new gas turbines, de facto storage.

Like many Western power companies, Tri-State, a 3,000-megawatt system, was hit by Winter Storm Uri which crippled Texas last February. Tri-State came though generally unscathed largely because of diversity of supply. “We even used fuel oil – yes, oil — in combustion turbines to get through,” Highley said. The oil replaced gas which was selling at hundreds of times its normal price, he added.

Ideally, Highley would like to see the SPP spread north and west, even as the California ISO (CAISO) looks east. Otherwise, a new RTO will have to be created.

He told me there is an urgent need in his territory for a day-ahead pricing system. This could be provided through affiliation with one of these neighboring markets.

Highley also wants to harness the difference between time zones to make better use of solar. That means new transmission with more east-west direct connections. Ruefully, he points out that most transmission — including in the CAISO and the SPP — runs north-south. That doesn’t serve to benefit the renewable resource base in the Intermountain region.

“We want to get away from the duck curve that California and Arizona are battling with,” Highley said. The duck curve is the effect of solar power on a utility system when too much power is generated during the day, and it falls away at night.

Highley would like to see solar power flowing east to deal with the end-of-day surges in the Midwest and along the Atlantic Coast. Likewise, as the sun rises in the east, the flow can be constructively reversed.

To store surplus power, Highley, who describes himself, as befits an engineer, as a “generator,” looks to pumped storage as the winner both in terms of efficiency and the length of the draw down, which can be days.

Lithium-ion batteries find little favor with Highley because of their swift drawdown, and it costs twice as much to draw down eight hours as four, and on and on. “There are no economies of scale with these,” he said.

Highley added that in the Intermountain region there is a tremendous opportunity for pumped storage, which can be drawn down over days. The impediment is finding a lower reservoir, he said.

Likewise, he looks favorably on hydrogen, developed from the slack in wind and solar generation when those resources are producing power surplus to the needs of the grid. Highley believes it could be stored as ammonia. “It’s much easier to store hydrogen as ammonia than it is to compress hydrogen gas,” he said.

Tri-State works with the Electric Power Research Institute on low-carbon research, including hydrogen, and one can be sure its voice will be heard. Highley and Tri-State have an unbridled enthusiasm for the greening of the future.