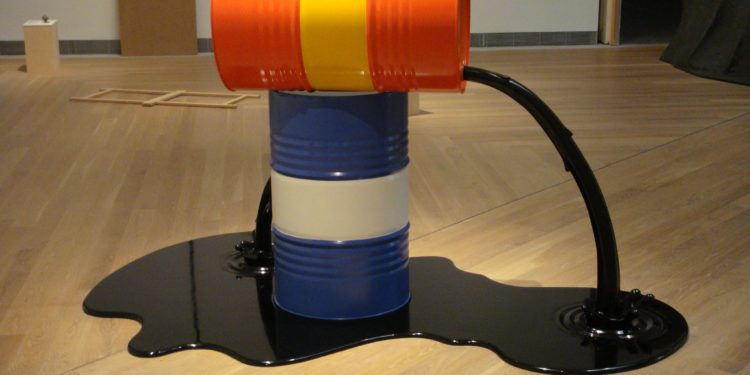 President Donald Trump inspired a rise in oil futures after he said a deal between Saudi Arabia and Russia is underway. Photo: olle svensson | Flickr | CC BY 2.0

President Trump’s latest statements inspired the oil market to jump 10% on Thursday. Crude oil futures slightly recovered from weeks of continuous losses after the POTUS said in a statement that he is expecting Russia and Saudi Arabia to reach a deal soon, ending the price war fought between the two oil producers.

Trump said a deal might be reached in a ‘few days’

Trump said that he talked to the leaders of both countries of both Russia and Saudi Arabia and believe that they are already underway to reach a new deal in the next “few days.” The agreement is supposed to lower the production, which in turn drives the price of oil back up.

The President also added that he had called U.S. oil executives to meet with him to discuss different ways that they can alleviate the oil prices as it is “ravaged” by the slumping demand amid COVID-19 pandemic.

“The market is hoping that this U.S. intervention will bring us closer to an agreement between Saudi and Russia in cutting production,” said CMC Markets analyst Margaret Yang, adding that bargain hunting is also lifting oil prices.

An oil price war is fought

A price war on oil is recently fought between Saudi Arabia and Russia after the latter rejected the proposal during the OPEC+ emergency meeting last month to cut an additional 1.5 million barrels per day in oil production. As a response to Russia’s rejection of the OPEC+ proposal, Saudi Arabia said that it would cut oil prices further and increase production by 12.3 million barrels per day when the current production cuts expire at the end of March.

Earlier this week, GOP senators were said to have grilled Saudi Arabia and pressured them to end the price war against Russia as it affects American businesses. The senators “unloaded” on Saudi Arabian ambassador, demanding that the Middle East country cease weaponizing oil and threatening American firms of being “out of business” over the Gulf country’s oil price race with Russia, Senator Ted Cruz said in an interview.

The conversation happened, according to Cruz, during a conference call with Princess Reema bint Bandar bin Sultan bin Abdulaziz Al Saud, which he described as “as candid a call, and direct a call, as I’ve ever had with a foreign lead.”