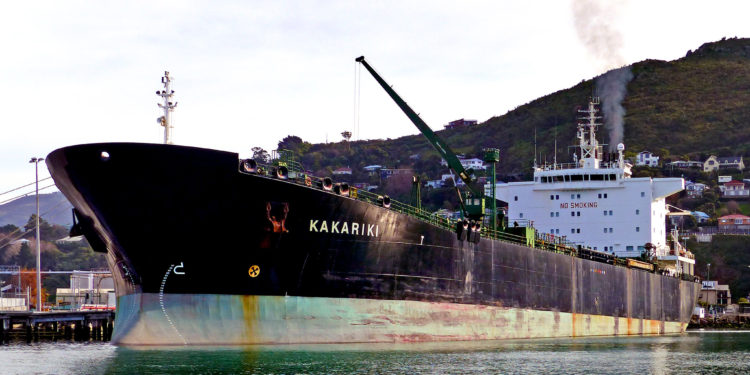 Oil prices spiked at least 26% after another Iranian oil tanker has been hit by a missile damaged on Friday near the Saudi port of Jeddah. The explosions on the tanker occurred between 5:00 and 5:20 a.m. local time damaging two of its main oil tanks, the Islamic Republic News Agency reported.

The Islamic Republic’s tanker company owning the Sabiti, an oil tanker capable of carrying 1 million barrels a of crude, initially but later recanted the testimony. The incident, which caused a spill and a jump of as much as 2.6% in crude prices, comes after a devastating attack on major Saudi oil facilities that the sultanate blamed on Tehran.

“The market has been entirely too complacent given that we are one security incident away from a war,” said Helima Croft, chief commodities strategist at RBC Capital Markets.

Oil prices jumped above $60 a barrel in London after the attack. The volatility of the supply of crude and oil from the Middle East has been going on, but the fears have been depressed over the escalating tension between U.S. and China in a trade row that affects both superpowers.

Back in August, many analysts have slashed the price of oil in their forecast to the lowest in the past 16 months, citing the lowering global demand over fears of financial and economic turmoil and the staggering conflict between the U.S. and China regarding the trade war.

The survey of 51 economists and analysts forecast Brent crude LCOc1 would average $65.02 a barrel in 2019, down about 4% from the previous month’s $67.47 projection and compared with the $65.08 average for the global benchmark so far this year.

“The ongoing U.S.-China trade disputes and emanating risk of the economic slowdown will be the key factors affecting prices for the rest of this year and in 2020,” ANZ analyst Soni Kumari said.

“A protracted trade conflict could deepen the economic slowdown and impact demand growth.”

This forecast is the lowest forecast made by analysts on Brent oil prices since March 2018.