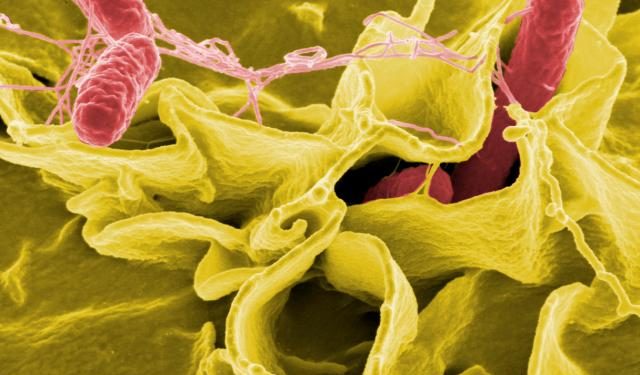 The  Centers for Disease Control and Prevention has linked the salmonella outbreak in 13 states to pet turtles. Across the affected states, at least 21 people have been affected by a rare strain of Salmonella Oranienburg, the CDC announced.

While no deaths have been associated with the outbreak, at least seven of the patients had been brought to the hospital due to salmonella infection. The CDC linked the outbreak to pet turtles after 12 of the 17 people who fell ill reported contact with the reptiles, the CDC reported.

The health bureau has said that while pet turtles appear clean, they actually have the propensity to carry salmonella germs through their bodies, which can be spread by mere contact of the animal or even with the water that they are kept in. The CDC said that people could easily get sicks when they come in contact with the bodies of the turtle or its water tank habitat.

“Turtles can carry Salmonella germs in their droppings while appearing healthy and clean. These germs can easily spread to their bodies, tank water, and habitats. People can get sick after they touch a turtle or anything in their habitats,” reads an outbreak notice posted on the CDC website.

With six recorded cases of salmonella infection, California had the worse of the outbreak, the CDC continues. Illinois, New York, and Washington also had reported cases and are also being investigated by the Centers for Disease Control and Prevention.