Home » Energy » Not All Carbon Credits Are Created Equal. Here’s What Companies Must Know 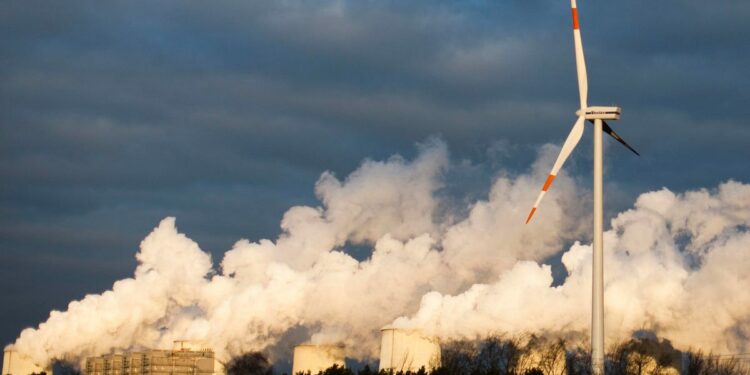 Not All Carbon Credits Are Created Equal. Here’s What Companies Must Know

Companies ranging from Xerox
XRX
Corp. to Walmart
WMT
to Delta Airlines are pledging to become net-zero — to offset their carbon emissions using energy efficiency, renewable energy, or carbon credits. But the market for carbon credits is varied, and not all credits are alike. What’s a company to do?

If the Paris climate agreement has adopted the credits, they are safe for businesses to buy. That implies that they have been scrutinized and verified. Critically, it ensures that the money will be distributed to the rainforest nations preserving trees. Companies want to avoid purchasing proprietary credits that do not fully disclose how they dole out the money. Voluntary markets, generally, lack that oversight, tarnishing their image. Rainforest nations may end up getting pennies on the dollar.

“If they are voluntary, nothing has been agreed to by the governments in need of the money,” says Federica Bietta, managing director of the Coalition for Rainforest Nations, in an interview. “They are trying to push these into the Paris agreement, but they are often unverified and substandard.”

Her organization has developed a verifiable credit called ’Reducing Emissions from Deforestation and Forest Degradation,’ or REDD+. It rewards a country for saving its forests and is a nature-based solution. The Paris agreement adopted that financial mechanism in 2015. Governments account for their forest lands and how they are monitored — an evaluation of the whole country. In contrast, voluntary credits are tied to specific projects.

The difference is relevant. Natural Capital Partners released its third annual study last September that assesses what the Fortune 500 companies are doing to manage their climate risks. It says that 38% of them have delivered a significant climate milestone or are publicly committed to doing so by 2030, up by eight percentage points from 2020.

Generally, companies cannot achieve carbon neutrality by generating all of their electricity using renewable energy onsite or by increasing their energy efficiency strategies. They have to enter into power-purchase agreements. And they have to buy carbon credits — things that can offset their emissions. For example, they buy credits from a rainforest nation agreeing to save their trees or refurbish their land. The challenge with replanting is that there is no guarantee anyone is watching to ensure success. If the biodiversity is lost, the animals don’t come back.

“Companies will coalesce around the Paris agreement that focuses on maintaining the forests,” says Bietta. “They can’t achieve net-zero emissions with just renewables. They will be looking for the right products: Redd+ is a critically important part of the climate solution. The private sector needs to be educated.”

The rainforest nations have put a lot of effort into slowing their rate of deforestation. The trees suck CO2 out of the atmosphere. If the trees live on, they will continue to do that. It is nature’s solution and the cheapest remedy to fight climate change — even more affordable than renewables. Since 2009, the developed world has promised financing to make those trees worth more alive than dead or used for timber or farming. But that has not materialized.

Consider Liberia in West Africa, part of the Upper Guinea Forest that covers 10 nations; Liberia represents 43% of that. Many competing interests want access to those forests — from loggers to farmers. The people need jobs, and they need money to eat.

Wilson Tarpeh, executive director of Liberia’s Environmental Protection Agency, told this writer in Bonn, Germany, at the United Nations Framework Convention on Climate Change meeting in June that the country has received a grant from Norway — “but not a penny from anyone else.”

“Liberia is a rainforest nation that makes it possible for most of the world to breathe,” adds Tarpeh. “We want to keep it. But we need assistance. The private sector is needed.” Liberia endorses REDD+ carbon credits — not voluntary credits that are difficult to verify.

Voluntary credit exchanges now achieve the vast majority of carbon offsets. Rather than fight that, the Americans and the British chose last November to let voluntary credits become part of the Paris agreement — if they are audited. But those evaluations are done by private groups — not parties of the Paris climate agreement, yet.

How does trading work? Governments set emissions limits, and companies that exceed them can sell credits to those unable to do so. As the boundaries become more stringent, CO2 levels fall. But such trading platforms only work when financial transparency and enforcement mechanisms exist.

Sometimes, companies buy credits because it makes for good public relations. In other circumstances, they don’t understand the differences.

Kevin Conrad, executive director of the rainforest coalition, points to Bolivia, where nongovernmental organizations gave communities money to save their forests. While they prevented the deforestation of hillsides, they still cut down trees on the plains. The carbon impact ultimately trumped the carbon credit, allowing the communities to sell the wood and get paid to preserve some trees.

“Under REDD+, there is a rigorous process: a country must prove it has protected its rainforest, and it has made carbon reductions before credits can be sold,” adds Consuela Paloeng, National Forest Monitoring System Program manager and Reporting specialist from Suriname, who spoke to this writer in Bonn. “Compare this to the voluntary market that promises this, that, and the other to landowners.”

Gold mining is the South American country’s major economic driver. And it could conflict with forest management. But under REDD+ there is a national strategy that defines land use — and limits the mining to certain areas. Most of the land is maintained and used for tourism. In fact, 93% of the country is rainforest, and the country has one of the lowest deforestation rates in the world.

The Dominican Republic has the same economic and environmental pressures. The island nation is suffering from climate change — weather events affecting agriculture, tourism, and housing. Nathalie Flores, director for climate change adaption and mitigation at the ministry of environment and natural resources, told this writer that rainforest preservation is the “only way we can reverse climate change and protect our economy so that people can thrive. But we need compensation to protect the environment.”

Enter the corporate world, which is increasingly vowing to achieve net-zero goals: it must understand that the market for carbon credits is diverse. If national governments issue the credits, the process is transparent, and the trees get saved. Importantly, the people get the money. If they are privately negotiated, those assurances do not exist.

Bloomberg filed a report that says that companies are sometimes paying to preserve trees that have already been ‘saved.’ It says that Delta, Alphabet, and Disney are among the biggest buyers of carbon credits. Those companies purchased 7.8 million metric tons of CO2 equivalent, 3.5 million, and 2.5 million, respectively, between 2017 and 2019. In some cases, they buy from environmental groups like the Nature Conservancy that make a lot of money off them.

If a company can spend millions of dollars buying carbon credits, it can afford to do the due diligence to ensure that the credits they buy have an impact. Now businesses can buy directly from the source — the government trying to protect the rainforest. With that, businesses should ask whether the credits are Paris compliant and if the money goes to saving the entire rainforests — not enriching certain parties.

Also by this Author:

Rainforest Do The Heavy Lifting When it Comes to Climate Change

Rainforest Nations Need to be Rewarded for Saving Trees — Now

Preserving the Rainforests is Ground Zero in Climate Change Fight