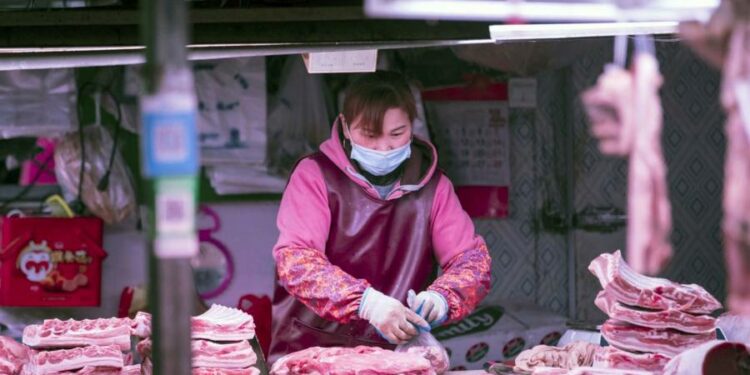 In China, pork prices determine inflation rates. The meat is a local staple and has the largest weighting in food costs. A price rally that started earlier this year is continuing. Food producers may have to pick up the pricey tab.

Hog prices have risen nearly 40 per cent since March, pushing wholesale pork prices up a fifth. That is a big impact on the economy. China consumes half the world’s supply of pork.

As lockdowns in key cities such as Shanghai ease, the pick-up in consumer demand should far outpace the increase in supply that would come from normalising operations at factories and in logistics.

For local hog producers and pork-related companies, including Muyuan Foods and Zhengbang Technology, this surge in demand is not necessarily a good thing. Grain prices have soared, adding pressure to margins via pig feed. A decline in the number of breeding sows has accelerated since last year.

Operating margins at hog producer Muyuan turned negative in the year to March, a sharp contrast from fat margins of more than 50 per cent in 2020. Given the importance of pork prices in keeping inflation below the government ceiling of about 3 per cent, it will not be easy for food companies to quickly pass on rising costs to consumers — even without explicit pressure from Beijing.

Shares of local hog producers and pork-related companies have long been a stable source of returns. That is changing. Shares of Muyuan are down a quarter. Feedstuffs maker Zhengbang has fallen 54 per cent in the past year, reflecting rising costs. The latter already operated on slim single-digit operating margins before Russia’s invasion of Ukraine, which has since pushed up grain prices. Zhengbang now runs on negative margins far worse than those of Muyuan.

China’s consumer prices rose 2.1 per cent in April. That is low by the standards of the US or UK, awash with stimulus money, but more than double the 18-month average. As prices of energy and grains remain high, the current trend in pork prices could soon push China’s inflation out of Beijing’s comfort zone.

Not All Carbon Credits Are Created Equal. Here’s What Companies Must Know