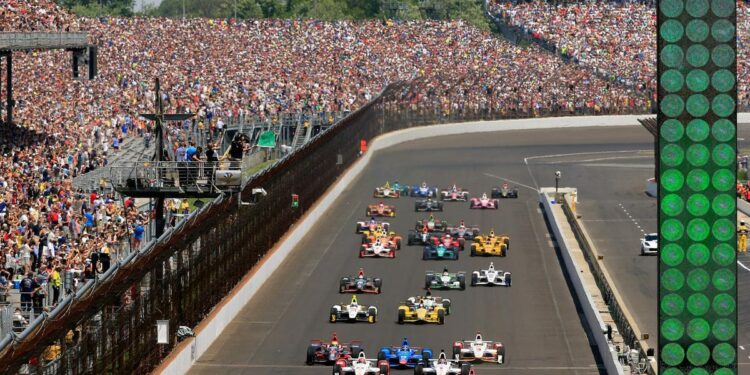 Come 2023 open-wheel race fans with petroleum in their veins may need a transfusion. Two days ahead of Sunday’s Indianapolis 500 Shell Oil Company and Penske Corp. announced starting next year Shell will produce a 100% renewable fuel for the NTT INDY

“To think we’re gonna be the first series to have a fuel that’s really completely renewable as we go forward will be amazing,” said Roger Penske, chairman of the Penske Corp. during a webcast with reporters Thursday.

The new fuel feeding power to the racers is partially derived from actual food.

“Our fuel composition includes a significant portion of second-generation ethanol derived from biomass such as sugar cane-based. The rest of the composition consists of renewable components derived from food base,” explained Dr. Selda Gunsel, Shell Vice President of Technology, during the webcast. “This gives us a low-carbon fuel that is 100% renewable enabling at least 60% greenhouse gas reduction as compared to fossil fuel based gasoline.”

Replacing the gasoline portion and upgrading from first to second generation ethanol provides what Gunsel described as a “significant reduction in carbon footprint versus the current fuel by 40%.”

Starting next season all cars competing in the series will run on Shell’s renewable fuel which will become the official fuel of the NTT INDYCARS Series.

“Ahead of making that declaration the fuel was put through its paces by Chevrolet and Honda, the two engine manufacturers in the NTT Data INDYCAR Series.”

“We basically had to get both those manufacturers comfortable from the standpoint of durability, reliability and also from a power perspective,” said Penske.

The coming renewable fuel joins other ongoing sustainability moves by the companies and their partners.

“With industry-leading collaborations like Shell and Penske sharing the same ambitions for a cleaner energy future remarkable progress can be made and I think this is the first evidence of that,” Mark Miles, President & CEO of Penske Entertainment Corp. told reporters.

Along with Shell’s renewable fuel being named official fuel of the NTT INDYCAR Series starting in 2023, the new agreement also includes Shell-Pennzoil continuing its sponsorship of Team Penske’s NASC

SC
AR and INDYCAR programs, including 30-plus races as a primary sponsor on the No. 22 Shell-Pennzoil Ford Mustang driven by 2018 NASCAR Cup Series Champion Joey Logano and Pennzoil will continue to serve as the “Official Supplier of Lubricants” for Team Penske.

Penske and Shell began their relationship in 1981, extended it in 2017 before announcing this new extension.

“It’s not just a partnership but a business-to-business alliance,” said Penske during Thursday’s webcast.

It’s an alliance that not only has been sustained, but is clearly focused on sustainability to improve motor racing’s impact on the environment.