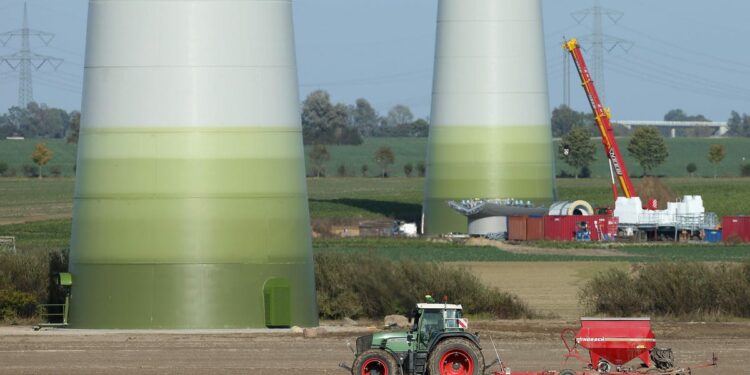 How Betting Big On Clean Energy Could Save Europe $1 Trillion

When politicians and pundits take to the airwaves to address climate change, they regularly reduce the challenge to a matter of tradeoffs: audiences are told that, while we must end our use of fossil fuels, doing so will incur tremendous economic costs.

But a major new study from Europe suggests this line of reasoning is false.

According to energy research think-tank Ember, massively expanding Europe’s electricity system by quadrupling renewable energy generation and building out electrical infrastructure could save the EU upwards of $1 trillion by 2035, while delivering energy security and cleaner air.

Ember’s researchers modeled the entire European electricity system to find the cheapest energy pathway to 2050—the year by which EU economies are legally bound to achieve net zero carbon emissions. They found that all of the lowest-cost scenarios saw Europe achieving an almost completely fossil-free clean power grid by 2035, with 95% low-emission sources, and 70-80% of electricity generation coming from wind and solar power.

“Scaling clean power is a win-win-win,” said Ember’s senior energy analyst Chris Rosslowe. “It will save money, put Europe on track for its climate commitments and reduce its reliance on imported fossil fuels. Europe should invest now for a huge payback by 2035.”

Compared to current European plans that include fossil fuel expansion, an alternative, clean energy pathway modeled by the researchers saw a quadrupling of generation from wind and solar year-on-year, plus development of infrastructure such as a doubling of electricity interconnectors (electricity “pipelines” between nations). In stress tests, researchers found that the renewables-centric electricity system remained stable and effective, even when subjected to long periods with little wind or sun. On top of the huge savings such a renewables-based electricity system would yield, “it would deliver major improvements in Europe’s energy sovereignty at a time when reducing fossil fuel dependence is an urgent priority for climate, the economy, and security,” the authors write.

New nuclear capacity was not a feature of these lowest-cost pathways, though notably the researchers did not find current nuclear expansion plans to incur significantly higher system costs. Meanwhile, energy generation from coal would be ended completely by 2030.

Crucially, Rosslowe said, the scenario showed that the “intermittency” of wind and solar—when the wind doesn’t blow or the sun doesn’t shine—would not require additional conventional “dispatchable” power sources, such as natural gas-powered turbines.

“We actually find that, as we expand wind and solar across Europe, the need for dispatchable firm power plants goes down over time, even though power demand is going up,” Rosslowe said. “We do still need some dispatchable capacity, but if we can ramp up wind and solar, they do most of the work most of the time.” As a result no new gas plants would need to be built after 2025.

Importantly, the modeling was carried out prior to Russia’s invasion of Ukraine, which has dramatically increased the costs of fossil fuels—in particular fossil gas. “The current price war [over gas and oil] wasn’t factored in,” Rosslowe said. “Under these conditions, the potential savings could be even greater.”

Effecting such a scenario in reality would, however, face significant obstacles—not least of which would be political. In order to see the benefits and savings promised, European nations would need to inject upfront investment of between €300-750 billion ($315-790 billion) above existing plans into accelerating renewables and new electrical infrastructure deployment, adding up to 165 gigawatts of wind and solar generation capacity every year—up from a current growth rate of just 24 gigawatts per year. With the war in Ukraine creating renewed economic hardship throughout the continent following the doldrums caused by the coronavirus pandemic, it would take unusually bold and decisive leadership to garner support for such a considerably financial outlay—even when fully justified by the longer-term gain.

The research arrives the same day that a new report from the International Energy Agency shows global energy investment will increase 8% in 2022 to $2.4 trillion, with much of the rise accounted for by spending on clean energy. But the IEA warns those levels of capital expenditure will be “far from sufficient” to meet rising demand while tackling the climate crisis.

Both reports arrive a week ahead of the G7 summit of rich nations, to be held in Bavaria, Germany. Last month, G7 leaders agreed they would develop “predominantly decarbonized” electricity sectors by 2035 in a bid to bring their countries closer in line with Paris Agreement climate targets. Next week’s meeting is likely to focus on what to do about Russia’s invasion of Ukraine. Leaders anticipate that Vladimir Putin, on top of intentionally starving hundreds of millions of people worldwide, intends to build leverage against the West by cutting off remaining natural gas exports, preventing European nations from refilling their storage facilities ahead of the winter.