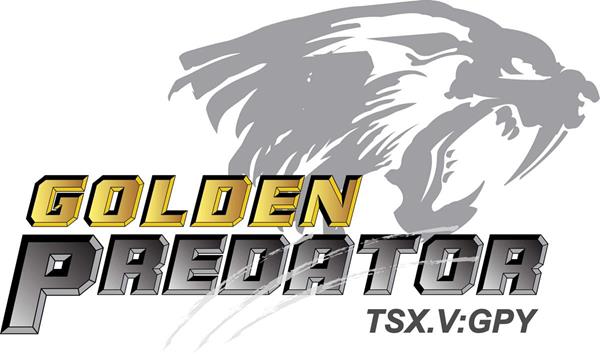 VANCOUVER, B.C., Sept. 05, 2017, NTGSF, GPY, (GLOBE NEWSWIRE) — Golden Predator Mining Corp. (TSX-V:GPY) (OTCQX:NTGSF) (the “Company” or “Golden Predator”) is pleased to report that Prime Minister Justin Trudeau and the Premier of Yukon, Sandy Silver, announced on September 2nd, 2017, over $360 million in combined federal and territorial funding to improve road access in two mineral-rich areas: the Nahanni Range Road in southeastern Yukon and the Dawson Range in central Yukon. The Company’s rapidly advancing high-grade gold 3 Aces Project is traversed by the Nahanni Range Road for approximately 30 km and is the only advanced exploration project currently active on the Nahanni Range Road.

“The Yukon Resource Gateway Project is extremely important to help advance exploration projects and build the potential for mining projects. We want to thank the Governments of Canada and Yukon as well as the First Nation governments and industry partners who worked so hard for years to make this project possible,” said Chief Executive Officer Janet Lee-Sheriff. “This milestone project, with improved access to our 3 Aces project and other projects, literally unlocks the wealth of the Yukon for the benefit of First Nation and rural Yukon communities as well as Yukon and Canada.”

In addition to the direct benefit to the 3 Aces Project, the Company’s Sonora Gulch Project, optioned to Taku Gold Corp. (CSE:TAK), is located along the Casino Trail in the Dawson Range in central Yukon; an area expected to benefit greatly from the announced program.

The 3 Aces Project includes the 3 Aces, Reef, and Hy Jay properties consisting of 1,734 claims covering 357 km² (35,700 hectares) in southeast Yukon. The project is located along the all-season Nahanni Range Road. The 3 Aces Project has numerous mineralized veins discovered through sampling, trenching, roadwork and drilling. The veins occur across a number of well-mineralized zones with over 762 m (2,500 feet) of elevation change within the 11km2 Central Core area. Over 18 km of exploration roads have been built since 2016, with an additional 3 km planned for the remainder of the year.  The aggressive drill program is well underway and is expected to continue through November.

The 3 Aces Project is in the traditional territory of the Kaska Nation. Golden Predator operates under an Exploration Agreement with the Kaska Nation, as represented by the Ross River Dena Council and the Liard First Nation, and a Class 4 Mining Land Use Permit issued by the Yukon Government.

The Sonora Gulch Project is 259 mineral claims covering approximately 5,414 hectares located in the Yukon’s White Gold District and has been optioned to Taku Gold Corp.  The Sonora Gulch property is located 110 kilometres (km) northwest of the town of Carmacks along the Casino Trail which extends to the Casino property located to the northwest. The trail currently provides winter access only. The property is centrally located within the Dawson Range Mineral Belt which includes many known deposits in central Yukon, including, the Coffee and White Gold deposits in the northern portion of the belt, the Casino deposit 45 km to the northwest and Klaza and Freegold Mountain area deposits to the south.

Golden Predator has optioned Sonora Gulch to, and controls 24.65% of, Taku Gold Corp. Golden Predator, through its predecessor, Northern Tiger Resources, explored the property from 2007-2011 and intersected significant gold and copper values in various zones of mineralization which have potential for expansion.

More information on the Yukon Resource Gateway Project is available on the Yukon Government website at www.gov.yk.ca.

The technical content of this news release has been reviewed and approved by Mark C. Shutty, CPG, a Qualified Person as defined by National Instrument 43-101 and an employee of the Company.

Golden Predator Mining Corp. is a well-financed gold exploration company focused on its 3 Aces Project located on the Nahanni Range Road in Canada’s Yukon. The 357 km2 land package includes at least 6 mineralized areas, all located within and along favorable stratigraphic and structural zones that extend over 35km along trend. The 2017, 40,000m drill program is focused on the year-round road and bridge accessible 11 km2 Central Core Area, host to numerous high-grade gold in quartz veins. The Company also holds 100% of the Brewery Creek Project in the Yukon. The Company’s Projects are in a favorable, low-risk jurisdiction, and with proven management and an experienced technical team, the Company is well positioned for stable growth.

Neither TSX Venture Exchange nor its Regulation Services Provider (as that term is defined in policies of the TSX Venture Exchange) accepts responsibility for the adequacy or accuracy of this release. No stock exchange, securities commission or other regulatory authority has approved or disapproved the information contained herein. This press release contains forward-looking information that involve various risks and uncertainties regarding future events. Such forward-looking information can include without limitation statements based on current expectations that the private placement will complete as described herein, that the Project will advance through permitting and feasibility.  Actual results and future events could differ materially from those anticipated in such information. These and all subsequent written and oral forward-looking information are based on estimates and opinions of management on the dates they are made and are expressly qualified in their entirety by this notice. Except as required by law, the Company assumes no obligation to update forward-looking information should circumstances or management’s estimates or opinions change.