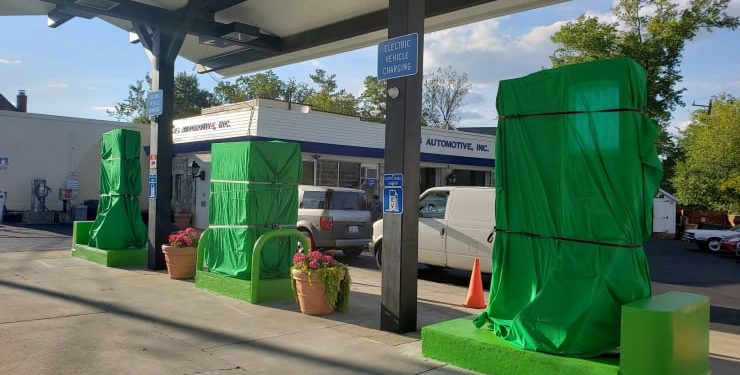 The first-ever gas station to have transitioned from selling petroleum and oil products to a charging station for electric vehicles has opened in Takoma Park, Maryland, Thursday. The local gas station, RS Automotives, has been in the gas business since 1958 and now has changed its business model entirely to serve more than 20,700 registered electric vehicles in Maryland.

One of the reasons for the shift in business, Depeswar Doley, owner of the station since 1997, said, is that he has started to become unhappy with how gas and oil companies are structuring contracts. Doley said that gas companies are limiting the use of multiple suppliers, including clauses that extend contracts when a certain volume of sales is not met and limiting maintenance support.

With years of putting up with the unfair contract clauses from gas companies and the support of his daughter, Doley decided to push through with ditching petroleum products altogether and start transitioning to become a charging station for electronic vehicles.

“My daughter, who is 17, she is the one who convinced me after I told her that I was going to talk to the [Electric Vehicle Institute] guys,” Doley said.

For Doley, the decision wasn’t affected by the possibility that he will lose money. He said he made the decision because it was good for the environment.

“It’s not something that I expect to become rich overnight or something like that, but it’s a good cause [and] good for the environment,” he said.

“You notice there are not too many electric vehicles on the road,” he added. “So it’s not something that I expect to become rich overnight or something like that, but it’s a good cause [and] good for the environment.”

Maryland is home to more than 20,0000 registered electronic vehicles. The state also has a local taxi service that is totally powered by electricity.