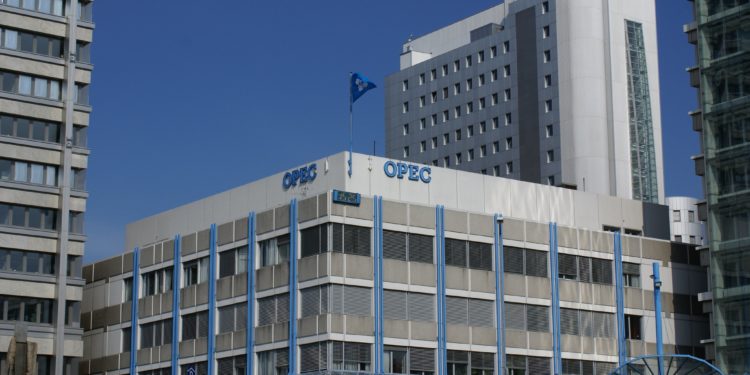 Multiple analysts around the world that the Organization of Petroleum Producing Countries (OPEC) is going to extend the terms of its agreement for three more months. Later this week, leaders of the organizations are meeting up to draw a new deal. However, analysts from JP Morgan seem to dance in a different tune than other analysts as they expect a further cut of another 300,000 barrels a day.

Analysts from JP Morgan said that base case now is that the deal will be for cuts of 1.5 million barrels a day. They also added that this could also be extended until June. The current agreement between OPEC, Russia, and other non-OPEC producers is for a 1.2 million barrels a day reduction; however, this deal is set to expire in March. This is the reason why they need a new agreement which should be discussed on Thursday and Friday in Vienna.

After a conference call with Jaafar Altaie, managing director and founder of Manaar Energy, on the OPEC plus outlook, JP Morgan analysts said that Manaar expects that OPEC would eventually agree on deeper cuts. Manaar expects Saudi Arabia’s oil minister to commit to the production of 10 million barrels a day. This is lower than its current quota of 10.3 million barrels a day.

Meanwhile, Goldman Sachs analysts, among others, believe that OPEC, Russia, and other non-OPEC producers will maintain its current cuts and extend the ongoing agreement until June. The analysts expect that oil prices may be choppy this week as the industry is faced with so much uncertainty on what the producers might decide on the upcoming meeting.

“Already large speculative buying in recent weeks and some expectations for a longer/larger cut suggests that an uneventful 3-month extension is unlikely to provide much upside to current prices,” the Goldman analysts wrote. They noted that Brent should trade around $60 per barrel in 2020.