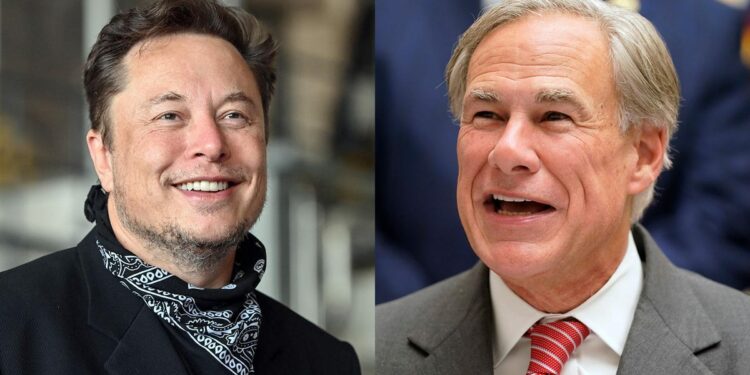 In the weeks since Tesla CEO Elon Musk began his gambit to acquire Twitter, he’s grown comfortable voicing partisan political views—usually on the social media platform he covets—including insults aimed at California, President Joe Biden and “the libs.” Musk now plans to vote Republican, he says—joining a party that derided him in the past as a “crony capitalist” who benefited from Democratic policies but now sees him as an ally.

“California used to be the land of opportunity, and it’s a beautiful state,” Musk said during a video appearance at this week’s All In Summit in Miami. He then listed factors he says would make it impossible now to build a plant in the Golden State such as Tesla’s massive new Austin-based Giga Texas factory. “California’s gone from a land of opportunity to the land of taxes, over-regulation and litigation,” the Tesla CEO added. “This is not a good situation, and really, there’s got to be like a serious cleaning out of the pipes in California.”

For years, as he built Tesla from a moonshot startup into the world’s dominant electric-vehicle company, Musk courted Democrats in California, where most of Tesla’s customers live, and nationally. He and his company benefited from the party’s policy and environmental priorities—especially electric-vehicle subsidies—which helped Tesla’s customer base grow. In recent months, both before and since he began his pursuit of Twitter, Musk appeared to veer to the right—for example, crossing swords with Democratic Senators Bernie Sanders and Elizabeth Warren over their proposals to raise taxes on billionaires and lobbing insults at Biden for failing to include him at White House EV events.

Last year, Musk moved Tesla’s headquarters to Texas from Silicon Valley (and his residence to Austin from Los Angeles) to take advantage of lower taxes, lower cost of living and a more relaxed regulatory environment. Since then, his rhetoric has skewed ever more definitively toward the conservative side, culminating in a tweet yesterday in which he announced his intention to vote for Republican politicians going forward.

“In the past I voted Democrat, because they were (mostly) the kindness party,” he tweeted Wednesday after Tesla was dropped from S&P’s ESG Index. “But they have become the party of division & hate, so I can no longer support them and will vote Republican.”

California-bashing from naturalized American Musk, the world’s wealthiest person based on his stakes in Tesla and SpaceX, is notable partly because his former home state remains by far the best market for Tesla’s electric vehicles in North America. It’s also debatable whether the company could have survived its rocky early years without California’s Zero-Emission Vehicle program, which created an opportunity for Tesla to sell emissions credits to other automakers that resulted in billions of dollars in free revenue over the years. (Tesla’s Fremont, California, plant, essentially a gift from Toyota in 2010, was also massively helpful.)

“Nobody ever accused Elon Musk of gratitude—or even a sense of proportion,” says Mary Nichols, former chair of California’s powerful Air Resources Board, which crafted the ZEV program and championed Tesla as it evolved from a startup to high-volume manufacturer. “He certainly would not be where he is without the ZEV mandate and the cash he got from selling his credits to the other OEMs.”

Musk hasn’t elaborated on why he now sees Republicans as kinder than the rival party that helped Tesla get its start, although the GOP welcomed his newfound loyalty by immediately using it for fundraising. Musk has echoed conservative talking points about “woke progressive extremists” and “owning the libs” on Twitter in recent weeks—along with crude jokes about transgender people and his opposition to plastic straw bans intended to help the environment.

The billionaire’s confirmation that he would invite former President Donald Trump back to Twitter after his ban for comments supporting the Jan. 6 insurrection and lies about the 2020 election was cheered by some conservatives. Likewise, Musk’s intention to make the platform welcoming for controversial views in pursuit of an absolutist view of free speech has boosted his popularity among outspoken politicians and commentators, including Representatives Marjorie Taylor Green and Matt Gaetz and Fox News’s Tucker Carlson.

“Prepare for blue check mark full scale meltdown after @elonmusk seals the deal and I should get my personal Twitter account restored,” Green tweeted on April 25.

Texas is the capital of America’s oil and gas industry and not synonymous with the clean-tech endeavors Musk is associated with, but he praised its greater flexibility, relative to California, this week. The Lone Star State’s further shift to the political right—including strict new policies on abortion, treatment of transgender youth and voting rights, while relaxing rules on gun ownership—also don’t trouble Musk, according to Governor Greg Abbott.

When asked about whether his more polarizing views could hurt Tesla’s image with some consumers, Musk was unfazed. “I’m confident that we will be able to sell all the cars we can make,” he said this month at a Financial Times conference. “Currently, the lead time for ordering a Tesla is ridiculously long, so our issue is not demand, it is production.”

“Conventional wisdom says that it’s generally good business sense for CEOs to stay away from regularly expressing their politics, but Tesla has always bucked conventional wisdom in just about every way,” says Kim, president of AutoPacific, an industry consultant in Santa Ana, California. “As electric vehicles continue to be more mainstream and become more common away from the traditionally EV-friendly and liberal coasts, Musk’s continuing proclamations of his politics could potentially strengthen his popularity as well as Tesla’s in more traditionally conservative parts of the country.”

Musk’s frustration with Biden stems from the president’s failure to reference Tesla when praising efforts by U.S. manufacturers such as General Motors and Ford in accelerating the production and sales of electric vehicles. The White House also excluded Musk from meetings with U.S. CEOs to discuss battery and EV technology, though Biden acknowledged Tesla as an EV leader at a February briefing on charging infrastructure.

But it was the Obama-Biden Administration that, like California, helped get Tesla off the ground. The Energy Department awarded Tesla a low-interest loan for $465 million in January 2010 that allowed the company to set up its Fremont plant to begin production by 2012. Though it proved a good investment by the U.S.—Tesla repaid the loan with interest many years ahead of schedule in 2013—the support from a Democratic administration was derided as “crony capitalism” by 2012 Republican presidential nominee Mitt Romney.

“When government rather than the market routinely selects the winners and losers, enterprises cannot predict their prospects, and free enterprise is replaced with crony capitalism,” Romney said in a March 2012 speech in Santa Barbara, California. “Solyndra, Ener1, Fisker and Tesla are examples.”

Three of the four companies Romney referenced ended in bankruptcy (though Fisker is back with a new EV startup), but Tesla become the world’s most valuable automaker and top EV seller.

“I own a Tesla Model 3 and will always be proud that our regulations made him the world’s richest man (maybe) while prodding all the others to move much more aggressively into the age of electric transportation.”