Home » General » China denies negotiation with US over the weekend 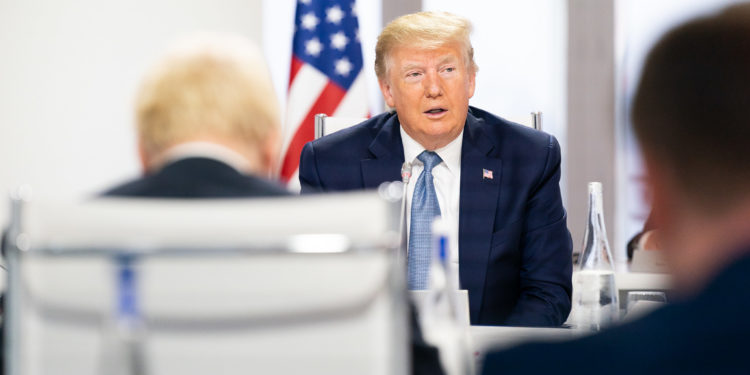 A day after President Donald Trump proclaimed that the U.S. and China exchanged phone calls and said that Beijing wants to draw a trade deal “very badly,” the Chinese Foreign Minister denied that such phone calls happened and they are not aware of any negotiation that happened last weekend.

“I’m not aware of that,” Chinese Foreign Ministry spokesman Geng Shuang said at a regular briefing in Beijing on Tuesday. “Regretfully the U.S. has announced its decision to add new tariffs on Chinese products. Such maximum pressure will hurt both sides and is not constructive at all.”

Trump made proclamations, Monday, saying that the move to draw a deal with China in relation to the escalating trade tension between the two economic giants is coming closer. He said that the prospects for a deal with China are better now than at any point of the negotiation since it started last year.

Tensions have been escalating between the countries in the last few weeks after both have announced that they will levy more tariff against each other. Trump said that he would increase the tariff imposed on Chinese goods, and Beijing is also doing the same against American products. Trump even encouraged American companies to look for an alternative manufacturing partner and leave China.

Geng reiterated China’s stance on the trade talks at Tuesday’s briefing. “We hope the U.S. can exercise restraint, come back to reason and create conditions for our consultation based on mutual respect equality and mutual benefit,” he said.

On Monday, China, through its top trade negotiator, Vice Premier Liu He, said that it is “willing to solve the problem through consultation and cooperation with a calm attitude.” The statement was probably what ticked President Trump into thinking that there is better hope for a trade deal now. However, Chinese officials and analysts have been saying that Trump is “exaggerating” its enthusiasm over the trade deal and says that China would not yield to U.S. demands.