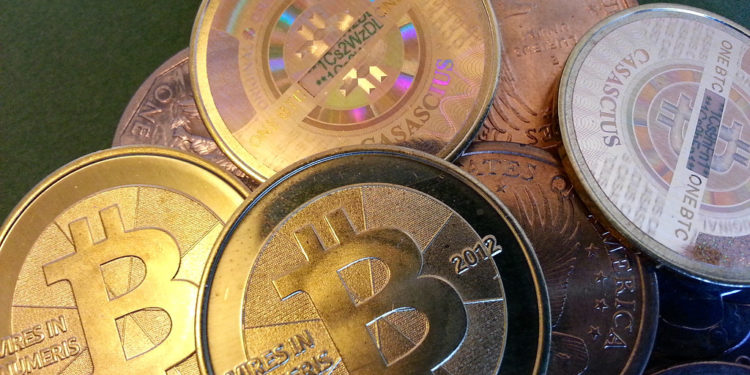 Bitcoin has been growing amid the volatility of US markets. Photo: quest.blockchain | Flickr | CC BY-SA 2.0

While stocks in the U.S. become a lot more volatile following the trade war on tech sector dragged stocks down, bitcoin and other cryptocurrencies get more love from investors.

The Dow Jones Industrial Average declined by 45 points as Apple lagged. The S&P 500 pulled back 0.4%, with the tech sector dropping 1.3%. The Nasdaq Composite fell 1%.

As US markets crumble following the shocking trade war in the tech sector, Bitcoin has reported more than 30% increase in the past week jumping from $5,711 to $7,516. Similar growth has also been seen in other major cryptocurrencies as of last week.

The growth has been attributed to the trend of retailers starting to accept bitcoin as a payment method in their businesses. Whole Foods, Nordstrom and Crate and Barrel, are among the latest. The crypto giant has also withstood controversies and allegation including the claims made by New York’s attorney general that notable exchange Bitfinex has used illegal transactions to mask $850 million in missing funds.

Steady growth seen with bitcoin is not new, but the cryptocurrency seen prices this high since last July and prices for the crypto have more than doubled since December.

While the surge in bitcoin’s value is notable, it’s still lower than the crypto’s all-time high. In December 2017, bitcoin overtook the $17,000 mark. The 2018 plunge has kept technical analysts and financial advisers interest as the most-followed cryptocurrency has clawed its way back after it reached $4,000 level last year to more than $7,000 this year and surged more than 50% in 2019.

“Bitcoin is testing new near-term highs because the overall institutional involvement is becoming stronger and stronger,” Jehan Chu, managing partner at Kenetic Capital, said by phone from Hong Kong. “We’re just seeing institution after institution lining up to the thesis of digital currency, and Bitcoin is the standard bearer.”