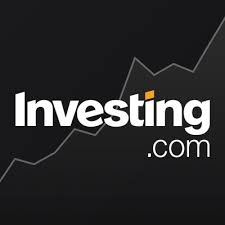 Regardless of the underlying specifics of cryptocurrency technology, whether it’s Bitcoin, Ethereum, Ripple, Cardano or EOS for example, all digital currencies are essentially borderless. They can be mined just about anywhere and generally, traded globally.

Still, not every location is as friendly to the burgeoning asset class as others. Some countries offer tax friendly considerations for crypto businesses while others have relatively easy regulations. Some are encouraging digital cash as an alternative to fiat money and some are even contemplating launching their own alt-currencies. Some countries have a variety of initiatives in play to foster cryptocurrency business and blockchain innovation.

Below are seven locations setting up systems that are cryptocurrency friendly. We’re not advocating for any of them, nor in at least one case would we want to. But the level of effort these regional hubs are expending is worth attention. It’s conceivable the next breakthrough in this sector could come from entrepreneurial activity in one of these locations.

Among Asian countries, Japan appears to have taken the lead in supporting cryptocurrencies. It’s certainly way out ahead of its more restrictionist neighbor China which cracked down on both ICOs and exchange trading during the last few years.

Since the pseudonymous Satoshi Nakamoto is the name attributed the unknown person (or persons?) who developed Bitcoin, perhaps it makes sense that Japan would be at the forefront of cyrpto-friendly environments.

After the hack-plagued, Japan-based Mt. Gox exchange finally collapsed in February 2014—to date still the biggest cryptocurrency exchange scandal for the asset class—Japan’s licensed cryptocurrency exchanges gathered to form a new, self-regulatory organization which would propose guidelines for legalizing initial coin offerings (ICOs) and formulate clear industry standards in order to protect investors but also allow the industry to grow and innovate. The working association, called the ICO Business Research Group, includes lawmakers, academics, bankers and the CEO of bitFlyer, the country’s largest cryptocurrency exchange. According to government research, legislation would allow potentially lucrative ICOs and crypto exchanges to continue trading while at the same time providing the government with greater insight and transparency into these activities.

The oil-rich but severely debt-ridden South American nation stirred up controversy, and much derision, when it launched its own digital currency, the oil-backed Petro which Venezuela reportedly launched in February. According to CNN, the country’s president, Nicolas Maduro, has “claimed that the token—which runs on the NEM blockchain and is allegedly backed by barrels of oil—raised more than $5B during the first month of its token sale, though the prevailing sentiment among analysts is that the claim is patently false.”

Still, at the end of April, news broke that Venezuela had offered India a discount on crude oil purchases of 30-percent if they pay in Petro. Bitcoin magazine reports that “Venezuela has guaranteed buyers that the Petro will carry the full weight of legal tender, acceptable as payment for fees and taxes and exchangeable for the nation’s hard currency, the bolivar.

Though many are skeptical of the Petro itself, and equally of the Venezuelan government’s supposed efforts to integrate the cryptocurrency into its failing economy, there are some who see merit in the effort to gain credibility for any cryptocurrency. David Garcia, managing director, SVP and partner at Ripio Credit Network, notes that Latin America is going through a transition period.

The region has suffered quite a bit due to political corruption, economic crises, and is plagued by high inflation and rapid currency devaluation. This is particularly true of Venezuela right now but could also characterize other LatAm locations. It’s Garcia’s view that in order to move these countries in a positive direction, innovative ideas and solutions—such as blockchain and cryptocurrencies—are a necessary solution.

Sweden was the first country to authorize trading of two Bitcoin exchange traded notes (ETN) in Europe in 2015, managed by XBT Providers. The funds, Bitcoin Tracker One XBT (ST:SE0007126024) which trades in Swedish krona and Bitcoin Tracker EUR XBT Provider (ST:SE0007525332), both trade on the Nordic NASDAQ, a major Swedish exchange.

Since their launch XBT has issued versions in Denmark, Finland, Estonia and Latvia. As of early December 2017, Cointelegraph declared the Swedish ETNs to be “bigger than 80% of US ETFs.” In mid-January CNBC noted that Swedish Bitcoin investments had attracted $1.3 billion in funds.

Additionally, Sweden’s central bank, the Riksbank, has been considering creating an electronic currency, dubbed the e-krona, in response to the fact that Sweden is rapidly become the world’s first cashless society. However, the country’s banking sector is pushing back. Hans Lindberg, chief executive officer of the Swedish Bankers’ Association said, during an interview on April 17, “when it comes to electronic money, there’s already plenty. There are bank cards, credit cards…and other electronic solutions. The best option also going forward is probably that the Riksbank sticks to wholesale.”

Nevertheless, HSBC global economist James Pomeroy believes it’s still possible Sweden will be the first country in the world to issue an electronic currency, which could launch within the next few years. Venezuela may have gotten out ahead on a government backed crypto launch, but the Scandinavian country, with its stronger economy and more trusted regulatory bodies could still disrupt the asset class on this front, even as it continues to lead the European crypto sector.

Switzerland’s Financial Market Supervisory Authority (FINMA) is at the forefront when it comes to clarity surrounding crypto regulation and support for initial coin offerings (ICOs). Marc Bernegger, a Switzerland-based fin-tech expert, cryptocurrency entrepreneur and advisor at SwissRealCoin says that traditionally, the country has been a haven for wealth. This is, in part, is due to more open financial regulations and an abiding culture that drives the privacy of those that use Swiss banking institutions. Bernegger notes that Switzerland has been “forward-thinking” about crypto assests as part of overall wealth management, and is “preparing for the changing economy.”

The area around the city of Zug in north-central Switzerland has become known as is called “Crypto Valley,” ever since the Ethereum ICO took place there in 2014. The surrounding region hosts one of the most active ecosystems for crypto entrepreneurs, developers and investors, explains Antoine Verdon, co-founder of Proxeus, a blockchain integrator.

“In January, the Swiss Minister of the Economy declared his ambition to make Switzerland a “Crypto Nation” and the already active ecosystem is now growing past its former base, with several companies and public administrations all over the country running proof-of-concept projects, and the recent the opening of a co-working space in Zurich dedicated exclusively to blockchain projects.”

Regulatory talks with a focus on cryptocurrencies continue in Israel as lawmakers look for ways to protect investors. Though the Israeli banking system hasn’t helped foster Bitcoin-related business—Union Bank of Israel, the country’s sixth largest bank is being sued by a local cryptocurrency miner after the bank halted fund transfers from Bitcoin exchanges to the miner; Bank Leumi, the country’s second largest lender tried to stop the account activity of a local exchange—district courts as well as the country’s Supreme Court have intervened. That’s surely a major victory for the local cryptocurrency industry.

As well, recent reports indicate that the country’s central bank, the Bank of Israel, has, for several months been looking at the possibility of a state-sponsored currency. According to the Jerusalem Post, ” the digital shekel would record every transaction by mobile phone and make it more difficult to evade taxation,” according to an anonymous source. The digital shekel, if and when it were to launch, would be identical in value to the physical shekel.

On the tech innovation front, Israel’s start-up culture is ahead of the curve. Roy Meirom co-founder and VP of Business Development at WeMark points out that blockchain implementation is highly sought after by many of the approximately 300 multinational R&D centers operating in Israel.

He says the small Middle Eastern country, often referred to as the “Startup Nation,” is rapidly becoming a hub for blockchain-related development.

“Scientists and engineers in the workforce, many of whom are graduates of the nation’s elite military intelligence forces, have transitioned to support this staggering demand, complimented by an ever-growing number of blockchain startups and a supportive ecosystem.”

Bermuda, the tiny, Caribbean British Commonwealth located in the North Atlantic, has been showing active interest in passing cryptocurrency regulation in order to begin building an appropriate framework for fostering cryptocurrency business including exchanges, wallet services and payment providers. Recently, the Bermuda Monetary Authority’s Virtual Currency Business Act (VCBA) passed through the House of Commons in the UK.

Germany’s capital, Berlin, is perhaps one of the most crypto-friendly cities in the European Union. It was dubbed the Bitcoin Capital of Europe in 2013 by the UK’s Guardian, and it continues to own that position. Currently one can buy an apartment in the city, book holidays, eat and drink in a variety of trendy local eateries using Bitcoin.

Thomas Schouten, Marketing Lead for Lisk, the blockchain application platform, says Lisk, has key contractor offices in Berlin with headquarters in Switzerland. Berlin offers a vibrant startup and tech scene, with a large talent pool and a dynamic culture, he says, which makes it easy to attract staffing. Plus, he explains, Germans, as well as their government, have an open-minded approach toward blockchain technology.

This is highlighted by the fact that it was the first country to accept Bitcoin as a currency, having done so in 2014. Similarly, board members of Germany’s central bank, the Deutsche Bundesbank, have called for effective and appropriate regulation of cryptocurrency and token markets. Indeed, Joachim Wuermeling, one of its directors has spoken out about the need for international cooperation on the issue:

Effective regulation of virtual currencies would therefore only be achievable through the greatest possible international cooperation, because the regulatory power of nation states is obviously limited.

To that end, a variety of German central bank decision makers have been involved in EU wide discussion on ways to boost the sector across the region, including via the European Blockchain Partnership.

ChineseInvestors.com, Inc. Announces that it has Entered Into a Letter of Intent to Acquire the Assets of XBTeller.com to Expand its Cryptocurrency and Blockchain Business to Include a Dedicated ATM/OTC Operation

Precision Therapeutics to Hold Business Update Conference Call on May 15, 2018

Precision Therapeutics to Hold Business Update Conference Call on May 15, 2018