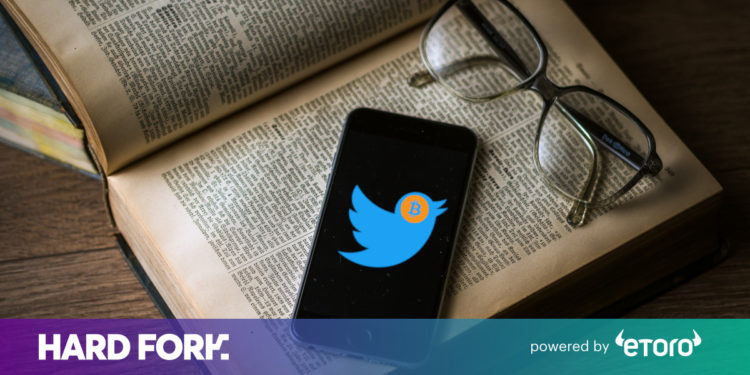 Twitter is where the hottest of cryptocurrency and blockchain takes live and die.

It’s where founders fling shit at one another over seemingly arbitrary disagreements, and it’s where the most flamboyant of pundits flex their wit.

So, let’s recap some of the most important and interesting Twitter threads from the past weekend, you know, for knowledge.

1. We need to be realistic about how painful forking is

When developers of blockchain systems issue a software upgrade, it is up to the entire ecosystem to either adopt or reject that patch.

Earlier this year, Ethereum insiders were forced to postpone one of its proposed forks out of fear it would inadvertently compromise the security of the network.

Weeks earlier, one core dev told Bloomberg: “I really can’t imagine a less contentious hard fork, to be honest. Of all the hard forks in the history of Ethereum, it’s probably the least eventful one.”

At least by doing what Carter suggests here, attributing the appropriate weight to the disruption forks of all kinds can bring to public blockchains, investors, insiders, and developers can all be on the same page.

This is actually an older graph kicking around, but the data checks out. Last year, PayPal‘s total payment volume was $578 billion, while Bitcoin‘s transactional volume is noted to have exceeded $2 trillion.

While this certainly seems bullish for Bitcoin, it’s a little misleading. This graph doesn’t exactly a great job of discerning between transactions specific to trades on cryptocurrency exchanges (which make up the bulk of its volume), and those pertaining to use as a currency.

Apples versus oranges, is how one tweeter put it, and I agree. It’s true that Bitcoin transaction volumes among exchanges are so high, but it’s not representative of its adoption as a method of payment.

Then there’s whole discussion about how legit cryptocurrency trading volumes are. Indeed, some suggest up to 88 percent of all trading is fake.

3. Here’s an inside scoop on OTC cryptocurrency trading

1/ An educational thread on how OTC desks work (meant as an introduction for those not very familiar.) OTC aka over-the-counter trading is an alternative to exchanges.

In a behemoth Twitter thread, cryptocurrency investment professional Ari Paul goes deep on over-the-counter (OTC) trading for digital assets, all for our benefit.

OTC trading desks are where the big players in blockchain tend to do their trading. These services are really in the business of providing both sides of a deal the best price for their cryptocurrency.

It goes deeper – it’s really a way for whales to unload risk they deem no longer acceptable.

5/ well, if I sold the $30m instantly on exchanges, I’d crash the price of BTC at least a little, resulting in a very bad fill due to slippage. Instead, I could sell the $30m of BTC to an OTC desk that has a $1 billion balance sheet. They may be comfortable taking on that risk.

As markets on public cryptocurrency exchanges tend to suffer from problems of illiquidity (there could be not enough buyers to sell your full stack), getting rid of a lot of digital assets at once could crash the price, and lead to diminishing returns on an otherwise good investment.

Did you know that some of the original OTC desks were Skype groups? A Reuters article detailed how wealthy investors, hedge funds, and Bitcoin miners have “in around five years spawned an [OTC] market moving hundreds of millions of dollars of cryptocurrencies daily, mostly via online messaging.”

4. Is decentralized finance doomed to fail? Does it matter?

DeFi is the hottest new buzzword amongst cryptocurrency insiders. The term relates to those projects specific to the emerging “fintech” industry – particularly those related to lending, tokenization, payments, and certain kinds of stablecoins.

The most popular DeFi applications are currently those urging token holders to lock up their cryptocurrency with promises to return annual passive revenue.

Recently, DeFi apps have been touted with potential for incentivizing cryptocurrency fans to participate in the new Proof-of-Stake Ethereum ecosystem, especially in the absence of new initial coin offerings.

Which is a perfectly fine attitude to take – as long as the reality of those potential benefits are communicated clearly. Many DeFi applications are brand new, and untested, yet seem to be advertised as a sure thing – and it’s nothing but worrisome.

That’s enough for this week. Remember: information is money – so some of this is totally valuable, right?

Did you know? Hard Fork has its own stage at TNW2019, our tech conference in Amsterdam. Check it out.

Tikcro Technologies To Present Unique Properties of a Novel CTLA-4 Antibody at the AACR Annual Meeting 2019 in the U.S.