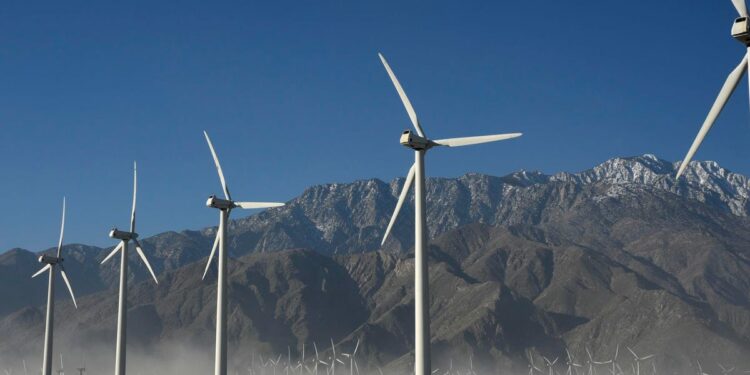 The war in Ukraine has jolted energy markets— driving oil and gas prices to their highest levels in over a decade and leaving governments scrambling to secure energy supplies. In the months since Russia’s invasion, policymakers have faced a hard truth: energy policy is security policy, and it has been neglected for far too long.

Government priorities feature prominently in discussions over the transition to renewable energy. Enthusiasm may abound for wind power, but if the United States is serious about its future, it must address critical supply chain disruptions and market-distorting foreign competition. Western companies will falter if these issues are not addressed while their state-supported Chinese competitors outperform them. The United States can expect major ramifications if Chinese companies further expand in this critical market.

REGI
, Siemens Gamesa, and Vestas, which control 70% of the market outside China, all reported disappointing first quarter results.

The industry’s profits began to fall in 2017 when governments embraced competitive bidding for contracts to adapt to new tariffs— leaving companies scrambling to reduce costs and squeezing profit margins. Profits have been hit further by high metal prices, import duties, and broad economic turmoil from the war in Ukraine. Disappointing profits continue despite worldwide interest in wind development, but low-profit margins are deterring future investment.

For Chinese companies, wind power is not just a growth market; it is a political project. China’s cities are notoriously polluted. For years, Beijing has been comprehensively investing in wind power, attempting to corner the market as they did in photo-voltaic panels.

Following President Xi Jinping’s calls for an “energy revolution” and a “battle against pollution,” the country’s energy sector has changed drastically. This transformation is not just one of domestic production; it is also one of foreign trade policy, investment, and influence.

China wants to become a Saudi Arabia of renewables. In March, Beijing stated that it aims to create 450 GW of solar and wind capacity in the Gobi and other desert regions. China is capitalizing on the vast landscapes of Tibet, Xinjiang, and Inner Mongolia in conjunction with offshore turbines for electricity generation. For comparison, President Biden has pledged to create 30 GW of offshore wind by 2030.

Disregarding profit and loss may get you someplace. China built more offshore wind turbines in 2021 than every other country did in the past five years. It installed 55.8 GW worth of turbines in 2021, beating its own 2020 record of 52 GW— a 19.4% increase. China now has 344 GW worth of wind turbine electrical generation. During the same period, the US grew by approximately 12.5 GW for a total capacity of 135 GW.

As we move to the new brave world of solar and wind geopolitics, described in the insightful book The Prologue: The Alternative Energy Megatrend in the Age of Great Power Competition by Prof. Alexander Mirtchev, this imbalance becomes starker when one further considers Chinese territorial disputes. Solar provinces and wind corridors may become as desirable as oil and gas fields. The realization of Chinese territorial ambitions in the South China Sea would mean an exclusive economic zone not only strategically valuable and rich in resources but also perfect for offshore wind farms. Uncontested control over the Fujian straits between China and Taiwan or victory in one of its many territorial disputes with India or Japan may be similarly impactful.

Declining US turbine manufacturing combined with a reliance on Chinese manufacturers for much of the world’s rare earth metals required to make solar panels pose a long-term challenge for American interests. To this end, the Biden administration must prioritize easing American companies’ burdens to expand and export by making impact statements less burdensome for emerging energy technologies while streamlining existing energy regulations. A comprehensive and globally conscious energy security strategy and regulatory reform are required.

Easing the regulatory burden on American companies will also enable innovation. There are several technological challenges to wind power that companies need to address. Offshore wind, for example, is limited to shallow waters because fixed bottom turbines can only reach a depth of approximately 65 meters. Companies will need to invest in and develop floating wind technology to overcome this limitation and reap the benefits of having platforms in deeper waters.

The Biden administration should also utilize “friendshoring”—transferring renewable technology production to reliable allies to ensure the security of supply chains. Stalwart allies across the world show the way. Denmark, one of the international leaders in wind power and home to Vestas, the world’s largest manufacturer of wind turbines, is an obvious example.

American allies worldwide are invested in wind energy to diversify away from hydrocarbons, avoid dependence on authoritarian petro-states, and build a more sustainable future. Unfortunately, unless a comprehensive change is forthcoming, expect the Chinese storm to continue. The US must lead to avoid it.

With assistance from Ines Lepeu