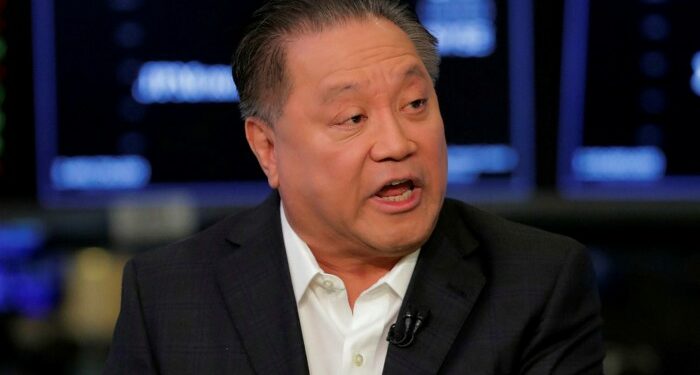 For a complex transaction that had eight banks and four law firms listed as advisers, the deal came down to just two individuals quickly agreeing one of the world’s largest technology deals on record.

Broadcom’s Hock Tan and Michael Dell of the eponymous PC maker, architects of more dealmaking coups than many Wall Street veterans, were the key architects of the chipmaker’s $69.1bn takeover of VMware.

“Tan reached Michael Dell two weeks ago” said a person with direct knowledge of the matter. “A lot of the stuff was done principal-to-principal, the banks weren’t necessarily included.”

This account of how a whirlwind deal was put together is based on multiple people with knowledge of the talks. They said the two billionaires moved with remarkable speed to create a diversified technology behemoth, just as rivals retrench amid a crash in the value of tech stocks.

It is also the biggest bet yet for Malaysian-born Tan, known as the chip industry’s arch consolidator, who has transformed Broadcom into a giant bigger by market value than Oracle, Intel, Cisco and IBM.

Having been forced to accept further deals in the semiconductor sector would face strong opposition from competitors and regulators, Tan has switched his focus to software with VMware becoming his latest target.

“Tan is very contrarian,” said Tony Wang, who covers Broadcom as an analyst for T Rowe Price, one of its largest outside shareholders. “He doesn’t care about what Wall Street thinks and he is very opportunistic,” said

As talks got under way earlier this month, Dell hosted Tan at his palatial mansion in Austin, Texas. It was the same setting where, seven years earlier, he charmed EMC’s then chief executive Joseph Tucci to sell the tech conglomerate — and owner of VMware — to Dell Technologies for $67bn.

Bankers were brought in a few days later to help Tan raise the $32bn he needed to finance the transaction. The deal was codenamed “Project Atlas”. Advisers referred to VMware as Verona, after the Italian city that was the setting of Romeo and Juliet, and Broadcom as Barcelona, the Catalan capital.

Despite attempts at subterfuge, news of a potential acquisition leaked. That forced Tan and Dell to close the transaction faster than they had hoped and leading them to include a “go-shop” clause in case another buyer emerged with a higher offer.

Wednesday’s takeover provides “shareholders and employees with the opportunity to participate in meaningful upside,” said Dell, who stands to earn a $24bn windfall from the sale, while his private equity partner Silver Lake sits on a VMware stake worth $6bn.

Dell and Silver Lake may receive up to $15bn in cash from Broadcom, but the 50 per cent stock component of the merger, designed to protect Broadcom’s investment grade debt rating, shows their willingness to bet on Tan.

An engineer educated at Massachusetts Institute of Technology, Tan was named chief executive of Broadcom’s predecessor, called Avago Technologies, in 2006 after it was acquired by private equity groups KKR and Silver Lake for $2.1bn. He has since increased the company’s value more than 100-fold to a $225bn market capitalisation.

Early on, Tan focused on bolstering the operations of what was then a specialised seller of semiconductors for computer mouses and cellular towers.

KKR and Silver Lake took Avago public in 2009, but it was only four years later, in 2013, that Tan struck his first notable deal, acquiring CyOptics, a chipmaker for smartphones, for $400mn.

“Hock did not become an acquirer until he had a very firm grasp of the granular microeconomics of how to run a scaled semiconductor business,” said a person close to the entrepreneur.

From a tax-advantaged Singaporean headquarters, Tan caught the deal bug. He acquired LSI, a chip designer for data centres, for $6.6bn in 2014, then struck a far more ambitious $37bn takeover of Broadcom the following year.

The deal transformed Avago, which was renamed Broadcom but retained its “AVGO” ticker, into a leading supplier of chips embedded inside cars, industrial robots, and even miniature computers like the Raspberry Pi.

In 2017, the then US president Donald Trump celebrated Tan as a corporate hero by inviting him to the White House to celebrate his decision to return Broadcom to American shores, abandoning its Singaporean headquarters, amid a slashing of corporate taxes.

With regulators hostile to Broadcom’s ever-growing share of the semiconductor industry, Tan shifted focus. His first two software takeovers, CA Technologies and Symantec, targeted struggling and slow-growing companies that nonetheless were core infrastructure inside many of the world’s largest corporations.

After putting his deal machine on hold as tech valuations soared in 2020 and 2021, Tan swooped opportunistically on VMware during a rout of tech stocks this year. Even after the Broadcom deal was announced on Thursday, VMware stock was around 40 per cent lower than its 2019 peak.

VMware’s software connects corporate IT infrastructure to public and private clouds. It will retain its name and be the platform from which Broadcom further builds a broader software business that sells bundles of services to large corporations.

Tan is a cost-cutter who loathes the tech industry’s focus on what he calls “shiny new objects,” the launching of new products that take resources from the products that generate a company’s profits. “His strategy is always to double or triple down on investing in a company’s core,” said a confidante.

He expects to turn VMware, already a cash cow that Michael Dell used to revive his PC empire, into a business that’s nearly twice as profitable.

In the second quarter, Broadcom’s revenues rose 23 per cent to $8.1bn, while free cash flow was $4.2bn. Analysts forecast Broadcom can unearth the cash to repay VMware’s acquisition debt in about a year, paving the way for even more deals.

The VMware deal will be a stiff test on whether Tan can continue to reshape his company and the technology industry. He remains typically bullish of his chances, telling analysts on Thursday: “We believe we will execute much, much differently and hopefully better than what we have been seeing so far.”

With Mark Vandevelde in New York, Tim Bradshaw in London, and Richard Waters in San Francisco