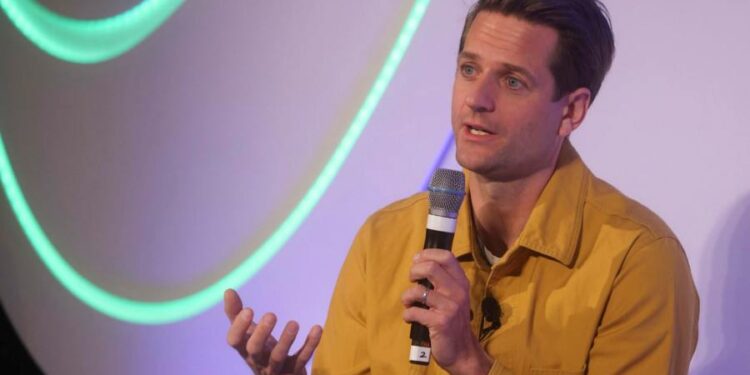 It would be easy to assume that Klarna chief executive Sebastian Siemiatkowski is feeling downbeat after the company’s first large-scale job cuts, reports of a big fall in its valuation and general questioning of its buy now, pay later business model.

But although he admitted to being “quite exhausted” by recent events, the 40-year-old chief executive and co-founder of Europe’s most valuable private tech business also insisted: “I’m very, very optimistic.”

Klarna polarises like few other businesses. Critics say it encourages vulnerable consumers — often young people — to buy things they do not need with money they do not have. To enthusiasts, the buy now, pay later options it offers make life easier for shoppers and retailers. It has also set its sights on the retail banking industry.

News this week provided plenty of fuel for the sceptics. Klarna is cutting 10 per cent of its more than 7,000 staff, its net loss in the first quarter quadrupled and there has been a huge rise in cash outflows. It is also in the process of raising fresh capital with one investor expecting a 20-50 per cent drop in valuation compared with the $46bn it achieved last June.

“I’ve had a lot of bruises in my life,” said Siemiatkowski.

Klarna may be frequently called a start-up but it is close to 18 years ago that Siemiatkowski and two business school friends founded the company, and there have been stumbles along the way. Some of Sweden’s most prominent business people — including the main shareholder of clothes chain H&M and a member of the Wallenberg family of industrialists — rejected his idea at a business school pitching event.

Siemiatkowski persevered, and in 2013 Klarna became one of Sweden’s first — a privately owned business valued at more than $1bn. Two years later, however, the company faced a crisis that Siemiatkowski said was worse than today’s problems.

Swedish politicians and media turned on Klarna, accusing it of unscrupulous practices, including turning debt collection agencies on vulnerable customers. Inside the company there was discussion about pulling out of Germany, now Klarna’s biggest and most profitable market.

Erik Engellau-Nilsson, a former Klarna executive and now head of social entrepreneurship group the Norrsken Foundation said: “[Siemiatkowski] learned a lot from that. This happens to most start-up founders — you’re on this fantastic journey, and everything goes up and up, and at some stage something bad happens. He became more humble, more used to listening.”

He added that Siemiatkowski answered “every question, and I mean every” from angry customers on Twitter and Facebook. Coming out of the crisis, Klarna decided to move its business model away from charging fees for late payment and rely more on taking a cut from retailers.

“The problem in [2015] was that very few people appreciated our end goal. People now see where we are going,” Siemiatkowski said.

Its valuation, which trod water for some time, suddenly shot up a couple of years ago, reaching $5.5bn in August 2019, then $11bn in September 2020, $31bn in March 2021 and $46bn in June 2021. Nearly everyone expects its latest fundraising to lead to a fall, but Siemiatkowski said: “I am cautiously optimistic about the company in spite of a very challenging macro environment.”

It is not just Klarna that is under pressure, but the whole buy now, pay later industry. Shares in listed rival Affirm have dropped 86 per cent in the past seven months, as investors worry about inflation and falling consumer confidence and regulators start to toughen the rules.

Unusually in Swedish business, Siemiatkowski, the son of Polish immigrants, is outspoken not only about his company but also about politics. He regularly criticises the anti-immigration Sweden Democrats, who stand a good chance of gaining influence in September’s elections.

He also has big ambitions for Klarna. In 2017, he told the Financial Times he wanted it to be the Ryanair of retail banking; last year, it was Tesla; and this week, he compared its ability to disrupt an industry to Amazon.

An initial public offering remains its goal, but the recent sharp falls in tech stocks mean that Siemiatkowski and his chair, Sir Michael Moritz, partner at venture capital firm Sequoia Capital, are happy to stay private for now, and are shifting the focus more to short-term profitability.

Engellau-Nilsson thinks his former boss is likely to use Klarna’s current problems as an opportunity to reshape the group just as he did in 2015. “Sebastian is really a person who is at his very best when things are not smooth sailing,” he said.

US stock futures rise after upbeat report on consumer spending

US stock futures rise after upbeat report on consumer spending