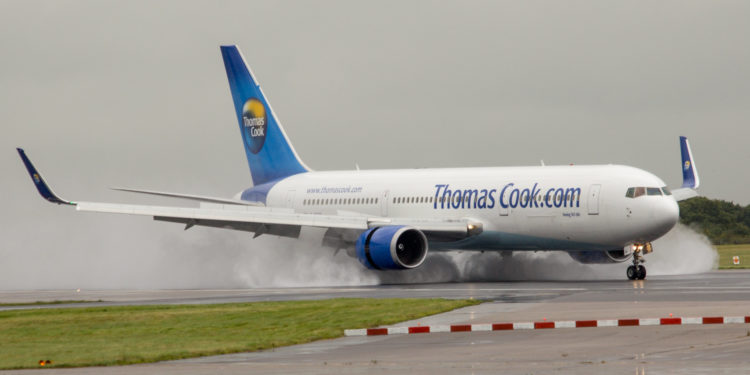 After the last-ditch efforts of both Thomas Cook and the U.K. Government to save the 178-year-old holiday firm from the compulsory liquidation that forces the Company to shut down, the government crumbles to take all the stranded holiday vacationers home.

The UK Civil Aviation Authority (CAA) announced today that Thomas Cook would “cease trading” immediately, leaving more than 16,000 holidaymakers who have booked with the firm to go home on Monday stranded in their vacations. The government hopes to take at least 14,000 of them home through charted flights.

The U.K. government has chartered at least 45 flights to transport the stranded vacationers home which were affected by the immediate compulsory liquidation of the travel firm. The chartered flights will fly 64 routes today under the government operation named Operation Matterhorn. Operators including EasyJet and Virgin have supplied some aircraft, with jets coming from as far as Malaysia.

The travel and vacation booking firm has been forced into compulsory liquidation as the negotiations to save the Company has failed.

“Despite considerable efforts, those discussions have not resulted in an agreement between the Company’s stakeholders and proposed new money providers. The Company’s board has therefore concluded that it had no choice but to take steps to enter into compulsory liquidation with immediate effect,” the firm said in a press release.

An application for the compulsory liquidation has been sent to the High Court and was immediately approved today. The Company is working with different relevant agencies in order to repatriate all affected customers.

“We have worked exhaustively in the past few days to resolve the outstanding issues on an agreement to secure Thomas Cook’s future for its employees, customers, and suppliers. Although a deal had been largely agreed, an additional facility requested in the last few days of negotiations presented a challenge that ultimately proved insurmountable,” said Peter Fankhauser, Chief Executive of Thomas Cook.

“It is a matter of profound regret to me and the rest of the board that we were not successful. I would like to apologize to our millions of customers, and thousands of employees, suppliers, and partners who have supported us for many years. Despite huge uncertainty over recent weeks, our teams continued to put customers first, showing why Thomas Cook is one of the best-loved brands in travel.”

Amazon was lying about the state of their workers' safety, GMB Union exposed