Home » Energy » The Inflation Reduction Act Is No Oil Killer 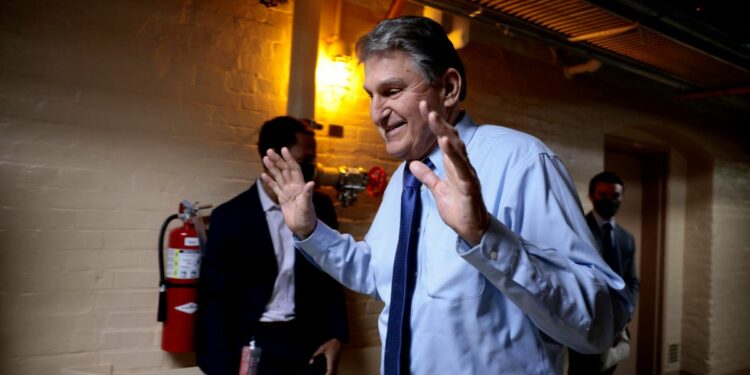 Democrats may be taking a victory lap, but let’s be straight, the climate provisions of the Inflation Reduction Act (IRA) pose no real threat to the U.S. oil and gas industry.

After the concessions made to West Virginia Democrat Sen. Joe Manchin to secure his support, the IRA had enough protections for the industry to allow the legislation to move forward without hardline opposition from the oil sector.

The industry has Sen. Manchin, whose state of West Virginia has long relied on fossil fuels, to thank for this.

For much of the sector, the $369 billion in climate provisions in the IRA could serve as a boon, ensuring a manageable energy transition rather than an abrupt, expensive shift away from fossil fuels too fast.

An abrupt transition could further hammer the fragile economy, prompting energy prices to spike even higher in a manner that parts of the world – notably Europe – are already experiencing.

But the IRA should allow domestic oil and gas companies to transition at a reasonable pace, providing space for continued investment in oil and natural gas supply while encouraging the industry to advance decarbonization plans over time. It takes a “more now, less tomorrow” approach to oil and gas – a policy that is gaining more traction around the world in the aftermath of the Ukraine crisis.

That is evident in the fact that the IRA falls short of the Biden administration’s goal of reducing greenhouse gas emissions by 50% by 2030 – the bill would achieve just a 40% cut.

So, who are the winners here?

Big Oil, the major oil companies like ExxonMobil and Chevron, did not make a big stink about the IRA, and that speaks volumes.

That’s because components of the legislation will subsidize the major oil companies’ decarbonization, or “net-zero” emissions programs, by pumping money into nascent technologies like carbon capture and storage (CCS), hydrogen, and advanced biofuels, where they have placed the biggest bets in the energy transition.

Even the methane fee in the bill helps larger firms by making it more expensive for smaller rivals to operate.

The IRA is also not markedly negative for top shale producers either. These so-called independent producers, or exploration and production (E&P) firms, are U.S.-focused and obsessed with cutting costs, so the IRA matters to them.

But over the past year, they also have been raking in record amounts of cash, which they have been giving back to shareholders in dividends or buybacks, making them favorites on Wall Street.

They know that high oil and gas prices are here to stay due to chronic underinvesment in global upstream supply. The IRA’s support of clean energy won’t change that and is a drop in the bucket in the context of the global energy investment mix.

Perhaps most importantly for the U.S.-centric firms, the bill would sound the death knell for President Joe Biden’s anti-drilling pledge — a concession that has enraged climate activists.

It would resurrect canceled offshore oil and gas lease sales and lock in new oil and gas sales onshore — which would be tied to future federal auctions for solar and wind rights. Yes, the bill would also hike oil and gas royalty rates, which will hurt cost competitiveness. But if commodity prices remain high and investors continue to demand gobs of cash from oil and gas producers, it may not matter much.

Besides, permit reform could be the most significant gift to the industry. Sen. Manchin has promised it, and the Democrats must deliver it to support new fossil fuel infrastructure and expand renewable energy.

Both Big Oil and shale producers need export markets to thrive. They really don’t care if wind and solar take up a share of the domestic electricity market, especially since natural gas offers the most competitive baseload power source.

What they want, though, is a guarantee that new oil and gas pipelines and LNG export terminals can be built expeditiously – without a mountain of red tape – so they can supply markets abroad where oil and gas demand will keep growing for years to come, such as in Asia. This demand will continue to support high commodity prices and help sustain upstream E&P operations in the future.

Further down the ranks of the industry, there are thousands of smaller independents with much narrower interests than Big Oil or Shale. They have the most to lose from the IRA because they generally are not as well-capitalized as their larger rivals, so their fortunes could turn on higher costs.

But even this sub-sector, which can push a more radical stance against climate policy when it involves an uneven playing field, has been relatively quiet. State and local laws and regulations can often be more important to these players, and they will continue to push their cause at these levels. But they will enjoy the same benefits of IRA as their larger brethren.

Finally, there is the IRA’s impact on future oil and gas demand. Quite frankly, the effect could be bullish by preserving strong oil demand for longer since it raises the bar for incentives for electric vehicles, as automakers are pointing out. That includes provisions requiring a percentage of battery components be sourced in North America, which would be no small feat. It could realistically extend gasoline’s dominance of the U.S. transportation market.

Democrats can pat themselves on the back until it aches, but they should not expect the IRA to soon slow down the oil and gas industry.