In a continued push to focus on its health insurance business, Cigna is selling off its life, accident and supplemental benefits businesses in seven countries to Swiss insurance company Chubb.

Pending regulatory approvals, the companies expect the $5.75 billion deal to close in 2022.

Chubb is paying the $5.75 billion as a cash consideration, which will give Cigna an estimated $5.4 billion after taxes, according to the announcement. The company said it plans to use the assets primarily for share repurchases.

Cigna says the divestment will allow it to better focus on its health services businesses.

“Our agreement with Chubb is another step forward in advancing our strategic focus on our global health services portfolio,” David Cordani, president and CEO of Cigna Corporation, said in a statement. “We are proud of our success in building these life, accident and supplemental benefits businesses in Asia Pacific and improving the well-being and sense of security of our customers throughout the region.”

As such, the insurer will continue operating its global health businesses as well as local market services in the Middle East, Europe, Hong Kong and Singapore, and its joint ventures in Australia, China and India.

In line with Cigna’s plan to concentrate on its healthcare businesses, earlier this year it sold its group life, accident and disability insurance business to New York Life for $6.3 billion.

It also recently launched Evernorth, a rebrand of its health services portfolio, to consolidate a range of its healthcare businesses. In February, Evernorth added in-house telehealth capabilities through its acquisition of MDLive.

Outside of its recent business disposals, Cigna has been working on expanding its health coverage.

It is moving into three new states – Georgia, Mississippi and Pennsylvania – as well as into new counties in Arizona, Florida and Virginia on the Affordable Care Act’s exchanges for the 2022 plan year. Cigna will reach into 93 new counties, all told.

Additionally, Cigna is expanding its Medicare Advantage plans in 2022. It’s growing into 108 new counties and three new states – Connecticut, Oregon and Washington – which will increase its geographic presence by nearly 30%.

“The addition of Cigna’s business, which is overwhelmingly A&H, will rebalance our global portfolio toward this important region,” Evan Greenberg, chairman and CEO of Chubb, said in a statement. “We have long admired and respected Cigna’s business in Asia including its talented people, innovative products, technical and analytical capabilities, distribution and management.” 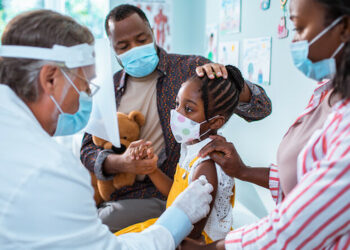