Home » General » The US is ‘totally ready’ to respond to the COVID-19 outbreak, Trump says after calling it a ‘hoax’ 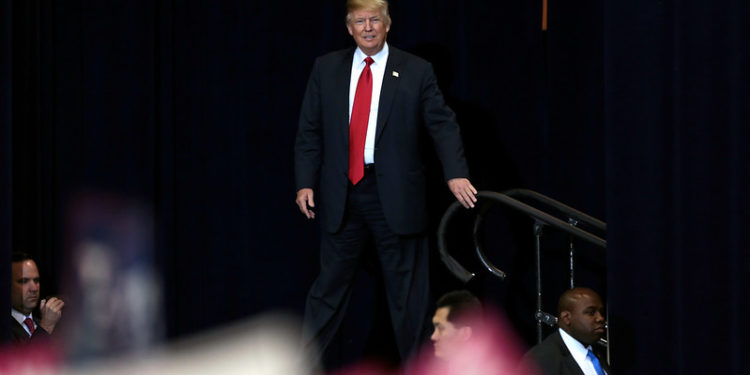 President Donald Trump said Friday that his administration is ‘magnificently organized’ in its response to the fast-spreading deadly coronavirus that has infected more than 45 countries in a matter of weeks, including the United States.

“We are magnificently organized with the best professionals in the world,” Trump said of the administration’s preparations to help contain the spread of the virus.

Trump noted that the country is “totally ready” to respond to the coronavirus spread in the United States, where at least 63 individuals have already been diagnosed with the COVID-19. On Friday, the Santa Clara Public Health Department announced the third case of coronavirus, bringing the total confirmed cases of the disease to 10 in the state of California alone.

“We have to take it very, very seriously … We are preparing for the worst,” he continued. “My administration has taken the most aggressive action in modern history to prevent the spread of this illness in the United States. We are ready. We are ready. Totally ready.”

Meanwhile, Trump made snarking remarks against the Democrats saying that the party is using the coronavirus outbreak as machinery to damage him and his administration. He even went to the extent of calling the outbreak a “hoax.”

“The Democrats are politicizing the coronavirus,” he said from a campaign rally in North Charleston, South Carolina.

“One of my people came up to me and said ‘Mr. President they tried to beat you on Russia, Russia, Russia. That didn’t work out too well.’ They couldn’t do it. They tried the impeachment hoax that was on a perfect conversation,” he continued.

On Wednesday, President Donald Trump assigned vice president Mike Pence as the person responsible for responding to the imminent threat of the spread of the coronavirus outbreak in the United States. He claims that with Pence’s experience in health-related policies in Indiana, he is the best fit for the job.