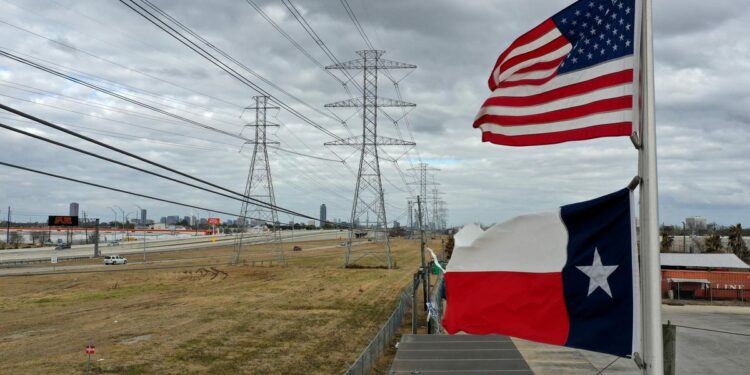 Eleven months after the near-meltdown of the Texas electric grid, the state’s grid operator, ERCOT, is facing “dozens” of lawsuits over the disaster. While the outcome of the litigation is uncertain, Texas ratepayers could be forced to pay for any legal judgments against ERCOT, which could total billions of dollars.

Those billions will be piled onto the billions of dollars in debt incurred by the state’s utilities during last February’s deadly blizzard. Last year, the Texas Legislature agreed to securitize much of that utility debt. Texas ratepayers will be repaying that debt through surcharges on their monthly bills for years to come.

Now back to the litigation. Last week, 131 insurance companies filed a lawsuit in Travis County District Court against ERCOT and about three dozen electricity generators, claiming that they are to blame for the power outage during Winter Storm Uri. That storm caused some $200 billion in damage and left about 700 people dead. The suit doesn’t name a dollar figure for the damages at stake, but claims that ERCOT and the generators exhibited negligence and gross negligence and are “at fault for the energy failure which caused significant property damage to certain policyholders” during the blackouts that crippled the state last February. It also alleges ERCOT and the power producers “failed to plan and prepare for the winter storm event.”

The lawsuit adds to the mountain of litigation that has already been filed against the grid operator. How many lawsuits are pending against it? ERCOT’s media office told me “There are dozens of personal injury lawsuits against ERCOT that are part of the Multi-District Litigation (MDL) process in Houston.” The media office also said that it is not being represented by the Texas Attorney General’s office. Instead, it said that “Winstead is the primary law firm representing ERCOT in the personal injury lawsuits.” Winstead PC is a large Austin-based law firm that has about 300 lawyers on staff. Why the AG is not representing an entity that is supposedly a state agency, the ERCOT team did not say.

While the merits of the insurers’ suit against ERCOT will be decided in court, a  trial set to begin next month could provide some clarity about the grid operator’s culpability. Last March, Brazos Electric Coop, the biggest and oldest cooperative in the state, filed for bankruptcy due to some $1.9 billion in bills that the coop was facing from ERCOT. (The City of Denton has also sued ERCOT.) In August, Brazos filed a complaint within the bankruptcy against ERCOT, claiming that the bills it got from ERCOT were “exorbitant and excessive.” In October, a U.S. Bankruptcy Court judge in Houston rejected claims by ERCOT and the Public Utilities Commission of Texas that the agencies were protected by sovereign immunity and could not be held liable for damages. With some exceptions, sovereign immunity gives state agencies protection against lawsuits.

On its website, ERCOT says it is “a membership-based 501(c)(4) nonprofit corporation governed by a board of directors and subject to oversight by the Public Utility Commission of Texas and Texas Legislature.”  Last year, in a court filing, ERCOT said it “has and will continue to assert that it is entitled to sovereign immunity due to its organization and function as an arm of State government.”

Yesterday, according to Reuters, U.S. Bankruptcy Court Judge David Jones again ruled against ERCOT on some of Brazos’ claims. The trial on that dispute is slated to begin on February 21. The fundamental issue at stake in that case, and in much of the other pending litigation, is whether or not ERCOT is a state entity and therefore entitled to sovereign immunity.

It’s worth noting that ERCOT has its own insurance problems. Last year, Cincinnati Insurance Company

CINF
filed a federal lawsuit asking for a declaratory judgment that would allow it to decline paying damages in personal injury and property damage lawsuits where ERCOT is deemed liable.

In short, ERCOT doesn’t have many friends. And as the litigation continues to pile up against the grid operator, billions of dollars are riding on how the courts decide the sovereign immunity issue. As one longtime ERCOT watcher in Austin told me today, “ERCOT doesn’t have any money. It’s a clearinghouse. It takes money from electricity buyers and gives it to generators.” That means if ERCOT is found liable for the February mess, Texans will be forced to pay yet more, either in taxes or higher electricity rates, for one of the worst blackouts in U.S. history. And of course, low- and middle-income Texans will be the biggest losers as their monthly utility bills go up, and up, to pay for the Texas Blackout of 2021.