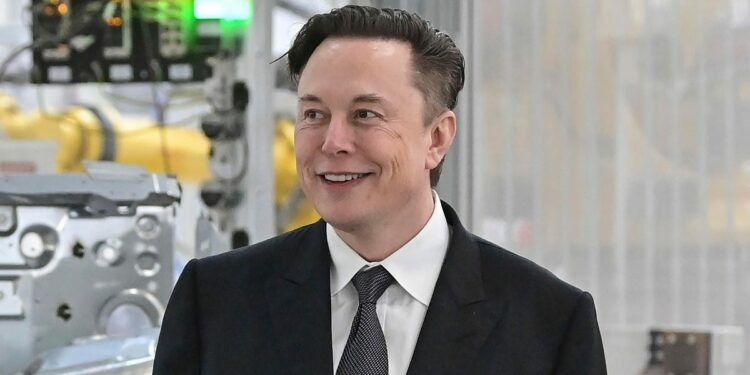 Shares of electric vehicle maker Tesla rallied in after-hours trading Thursday as the company won shareholder approval for a 3:1 stock split, the second such move in around two years, as the world’s most valuable automaker looks to make its stock more affordable.

In a widely expected move, Tesla shareholders approved the company’s proposed 3:1 stock split, causing shares of the company to continue rallying in after-hours trading following a 0.4% gain earlier in the session.

Tesla first announced the proposed 3:1 stock split in June as a way to make the $925 stock more affordable; based on today’s closing price the new share price would be around $308.

Though the stock is down roughly 20% this year amid the wider market selloff, billionaire Elon Musk’s electric vehicle maker has still seen its shares surge more than 200% since the last stock split in August 2020.

Tesla shares are up over 30% since announcing the 3:1 split in early June, while news of Tesla’s 5:1 stock split roughly two years sent shares over 70% higher in the 20 days following the announcement.

“When stocks trade in a so-called comfortable range, everyday investors can more easily afford a piece of the company,” according to Lindsey Bell, Ally’s chief money & markets strategist. “That drives more interest in the shares and more interest means more people trading the stock.”

Tesla reported mixed second quarter earnings last month which largely beat analyst expectations. Production took a hit, however, worrying analysts as the company was impacted by ongoing supply chain disruptions as well as a factory closure in China that was due to Covid-related government lockdowns. Tesla’s quarterly revenue of $16.9 billion rose 42% from a year ago, though it fell from a record high of $18.7 billion in the previous quarter, ending the company’s streak of record profits. “In a nutshell, the quarter was better than feared with healthy guidance” for the rest of the year, which certainly “look[s] achievable with no margin for error,” Wedbush analyst Dan Ives said following the earnings report.

Tesla shares are overpriced and could plunge more than 50%, according to Citi analysts, who maintain a “sell” rating on the stock with a $424 price target. “The current valuation remains challenging,” especially when considering that the few other companies that achieved a similar market cap did so by generating on average around $100 billion in annualized gross profit versus Tesla’s annualized profit of $20 billion in the first half of the year, the firm points out.

That’s how much Tesla CEO Elon Musk is worth, according to Forbes’ estimates. He is the world’s richest person.

The resilience myth: fatal flaws in the push to secure chip supply chains