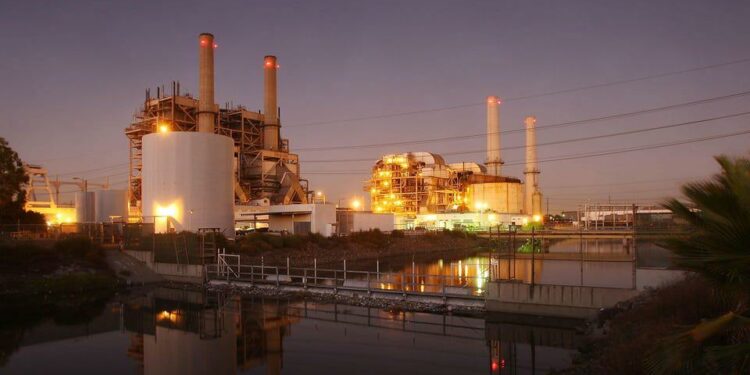 This week’s Current Climate, which every Saturday brings you the latest news about the business of sustainability. Sign up to get it in your inbox every week.

On Thursday, the Supreme Court ruled in the case of West Virginia vs the Environmental Protection Agency. The case involved a challenge by several states and coal companies against the EPA over its ability to regulate power plant emissions by “generation shifting” – that is, requiring plants to actually change the method of how they produce power, such as moving from coal to natural gas or solar. The Supreme Court opted to decide on the matter, despite the fact that the EPA hadn’t actually produced any rules yet.

In a 6-3 ruling, the Court held that the EPA’s power to regulate emissions under the Clean Air Act were not so expansive as to include generation shifting, finding that the agency would need explicit authorization from Congress in order to hold that power. “Capping carbon dioxide emissions at a level that will force a nationwide transition away from the use of coal to generate electricity may be a sensible ‘solution to the crisis of the day,’” Chief Justice John Roberts wrote in the majority opinion. “But it is not plausible that Congress gave EPA the authority to adopt on its own such a regulatory scheme.”

In a dissenting opinion joined by Justices Breyer and Sotomayor, Elena Kagan wrote that the Court’s opinion amounted to legislation, arguing that Congress had delegated the power to curb air pollution–including carbon emissions–to the EPA, and that it would be the proper purview of Congress to limit the agency’s authority if it disagreed with its policies. “[T]he Court today prevents congressionally authorized agency action to curb power plants’ carbon dioxide emissions,” Kagan wrote. “The Court appoints itself—instead of Congress or the expert agency—the decisionmaker on climate policy. I cannot think of many things more frightening.”

As a devastating and historic drought from Illinois to Texas to California grinds on, sophisticated mapping and data projection bring more bad news: Agricultural areas are among the places in the U.S. experiencing the highest temperature increases. Most affected are almonds, olive oil and other specialty produce from California’s Central Valley, as well as citrus, grape and salad farms elsewhere in the state. Row crop farmers harvesting corn and soybeans in Arkansas and other midwestern states are also impacted. Read more here.

Nearly a quarter of the world’s population lives in an area at risk of flooding and almost all are in low- and middle-income countries, according to a study published on Tuesday.

The London borough of Camden has launched a new air quality sensor network that provides significantly higher resolutions and refreshes much more quickly than the area’s existing network.

Researchers at Johns Hopkins University have discovered how last year’s severe heat and severe drought interacted in the American southwest, which caused ecological impacts to the region and increased wildfire risks. Climate change is expected to exacerbate these risks going forward.

Sustainability Deals Of The Week

The Sustainable Ocean Alliance, which aims to provide funding for young entrepreneurs developing solutions to improve ocean health, announced it has raised $15 million in funding to support projects.

Fleetzero, which aims to replace the diesel engines on existing cargo ships with electric ones, has secured $15.5 million in new funding to convert its first vessel, reports Techcrunch.

Food conglomerate Mars, Inc. announced that it will be sponsoring a new coral reef restoration event in 2023, which aims to build over 5000 square meters of reef in four days.

The National Weather Service this week has begun running its operational weather, water and climate models on twin supercomputers from General Dynamics Information Technology. The two supercomputers are among the 50 fastest in the world.

In an effort to accelerate the development of new technologies geared towards mitigating climate change, the U.S. Patent and Trademark Office announced this week that it will fast track patent applications for inventions in this area.

What Else We’re Reading This Week

The World Can’t Wean Itself Off Chinese Lithium (Wired)

Tesla began the second quarter on a tear after starting 2022 with its biggest profit and highest vehicle deliveries in company history, fueled by booming China business. But a severe Covid-related lockdown there that continued until this month, along with startup pains at the electric-car maker’s newest plants, has analysts slashing their forecasts for global delivery numbers it’s expected to report soon.

The electric truck maker has gotten its battery-cell powered models into production but to move ahead with plans to build hydrogen fuel cell semis and the stations needed to power them up it needs more funding. That plan includes boosting its share count by a third, but so far it hasn’t roused enough investors to back that. The company delayed its annual meeting once again to give shareholders more time to weigh in. Read more here.

Cadillac Off To A Strong EV Start With 2023 Lyriq