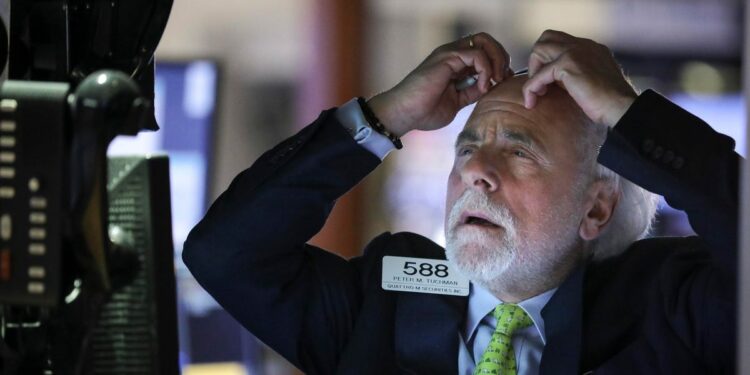 The stock market opened slightly lower on Friday despite solid gains earlier this week, as investors assessed a stronger-than-expected jobs report amid ongoing fears that the Federal Reserve’s aggressive rate hikes could plunge the economy into a recession.

The U.S. economy added back 372,000 jobs in June—surpassing the roughly 250,000 new jobs economists had projected but falling short of the revised estimate of 384,000 jobs added in May, according to new Labor Department data on Friday.

Stocks fell and rates surged, as investors anticipate that the strong jobs report will strengthen the Federal Reserve’s resolve in continuing to aggressively raise interest rates in a bid to combat inflation.

With recession fears still weighing on investor sentiment, markets are now pricing in a roughly 95% probability that the Fed will deliver a 75-basis-point rate hike later this month, according to CME Group data.

Shares of Twitter, meanwhile, declined 4% after The Washington Post reported Tesla billionaire Elon Musk’s deal to buy the social media company is “in peril” and that some discussions have been halted.

Shares of video game retailer GameStop fell nearly 5% in early trading—a day after jumping roughly 15% on the back of a 4-for-1 stock split—amid news of layoffs and the company’s chief financial officer departing.

“Given the ‘bad is good’ mindset in the market and anticipation for a slowdown in both growth and inflation, this jobs report is negative for near-term equity sentiment,” says Vital Knowledge founder Adam Crisafulli. The Fed will likely see the solid jobs numbers and “feel confident that its [monetary policy] tightening isn’t breaking the economy,” with another 75 basis point looking likely at the central bank’s upcoming policy meeting later this month, he adds.

Stocks are aiming for a rare winning week after posting solid gains in previous days, with the S&P up about 2%. The benchmark index recorded its fourth consecutive session of gains on Thursday, its longest positive streak since late March, but remains down roughly 19% so far in 2022 amid the wider market selloff.

“The market has moved into the Good News is Bad News phase as it had hoped that a weaker headline payroll report would signal that the Fed-induced economic slowdown would reduce payrolls and allow the Fed to check off another box,” says Quincy Krosby, chief equity strategist for LPL Financial. “Not yet.”