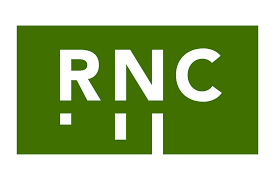 TORONTO, June 20, 2017, RNX, /CNW/ – RNC Minerals (“RNC”) (TSX: RNX) has achieved commercial gold production at its Beta Hunt Mine in Western Australia by producing at least 3,500 contained ounces of gold over a one month period (equivalent to an annualized production rate of 42,000 ounces). Mine performance has improved significantly to-date during the second quarter with an average gold mining rate of approximately 1,600 tonnes per day, 40% higher than the average in the first quarter of 2017 (see Figure 1). Mined gold grades1 during the period in which commercial production was achieved are in excess of 2.3 g/t, more than 35% higher than average grades in the first quarter.

Mark Selby, President and CEO, commented, “Achievement of commercial production at Beta Hunt is a key milestone. The Beta-Hunt production ramp-up is now on track, with significant improvements in both mining rates and gold grades. Development rates have also improved substantially versus earlier in the year which will allow additional mining areas to be brought into production and continue our gold production ramp-up. I look forward to robust performance at Beta Hunt in the second half of 2017 to deliver our previously announced production guidance in 2017.”

The disclosure of scientific and technical information contained in this news release has been approved by Kevin Small, Director, Mining Operations of RNC, a Qualified Person under NI 43-101.

About RNC
RNC is a multi-asset mineral resource company with a portfolio of gold and base metal production and exploration properties. RNC’s principal assets are the producing Beta Hunt gold and nickel mine in Western Australia, a 50% interest in a nickel joint venture with Waterton that holds the Dumont Nickel Project in the Abitibi region of Quebec, and a 30% stake in the producing Reed Mine in the Flin Flon–Snow Lake region of Manitoba, Canada. RNC also owns a majority interest in the West Raglan and Qiqavik projects in Northern Quebec. RNC has a strong management team and Board with over 100 years of mining experience at Inco and Falconbridge. RNC’s common shares trade on the TSX under the symbol RNX. RNC shares also trade on the OTCQX market under the symbol RNKLF.

This news release contains “forward-looking information” including without limitation statements relating to the liquidity and capital resources of RNC, production guidance and the potential of the Beta Hunt and Reed mines.

Forward-looking statements involve known and unknown risks, uncertainties and other factors which may cause the actual results, performance or achievements of RNC to be materially different from any future results, performance or achievements expressed or implied by the forward-looking statements. Factors that could affect the outcome include, among others: future prices and the supply of metals; the results of drilling; inability to raise the money necessary to incur the expenditures required to retain and advance the properties; environmental liabilities (known and unknown); general business, economic, competitive, political and social uncertainties; accidents, labour disputes and other risks of the mining industry; political instability, terrorism, insurrection or war; or delays in obtaining governmental approvals, projected cash costs, failure to obtain regulatory or shareholder approvals. For a more detailed discussion of such risks and other factors that could cause actual results to differ materially from those expressed or implied by such forward-looking statements, refer to RNC’s filings with Canadian securities regulators available on SEDAR at www.sedar.com.