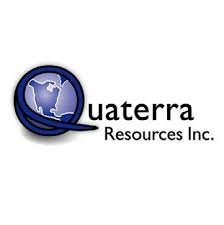 Freeport-McMoRan Nevada LLC (“Freeport Nevada”) has made an accelerated option payment of $1.5 million that SPS is using for the current drilling program. (All amounts are expressed in U.S. dollars). Freeport Nevada is a wholly owned subsidiary of Freeport Minerals Corporation, which in turn is a wholly owned subsidiary of Freeport-McMoRan Inc. (NYSE: FCX).

Quaterra’s Yerington Copper Project is located in the historic Yerington Copper District, about 70 miles southeast of Reno, Nevada. It consists of the Yerington pit sulfide and oxide deposit previously mined by Anaconda; the MacArthur oxide and sulfide deposit; the Bear porphyry copper deposit; and several untested exploration targets. Quaterra’s 51-square-mile land package is situated in a mining-friendly jurisdiction with a history of copper production and good infrastructure. It also owns valuable water rights in the district. Quaterra has invested some $36 million in the Yerington District since 2006, and has released NI 43-101-compliant oxide and sulfide resources at both MacArthur and Yerington, and a preliminary economic assessment at MacArthur.

Technical information in this news release has been approved by Thomas Patton, Ph.D., the CEO of the Company, and a Qualified Person as defined in NI 43-101.

More information on Quaterra and its Yerington Copper Project can be found on the Company’s website at www.quaterra.com, and at SEDAR and EDGAR.

On behalf of the Board of Directors,