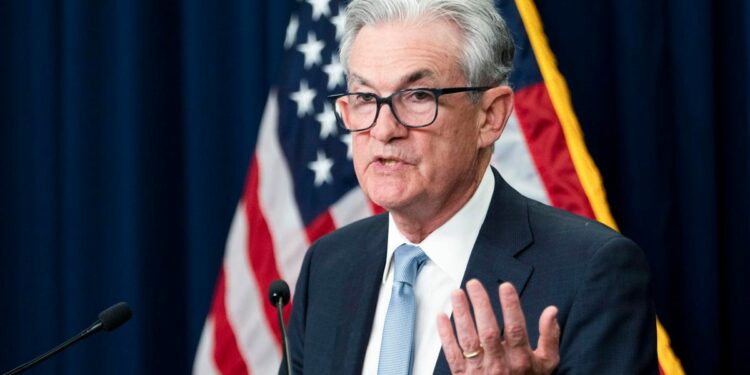 Federal Reserve Chairman Jerome Powell pledged in testimony before Congress on Wednesday that the central bank is “moving expeditiously” to raise interest rates and remains “strongly committed” to doing so until there is “clear proof” that inflation is normalizing.

In his semiannual testimony on monetary policy to Congress, Powell faced questions from lawmakers about how the central bank will proceed as it looks to combat surging inflation, which remains at 41-year highs.

The Fed raised rates by 75 basis points last week—its largest increase since 1994, with Powell also signaling that a similarly large rate hike is likely at the next policy meeting in July.

Speaking to Congress on Wednesday, Powell pledged that the Fed wouldn’t hesitate to keep raising rates at a fast clip—and further than projected—if higher inflation continues to persist.

“It is essential that we bring inflation down,” he said in prepared remarks, as “ongoing rate increases will be appropriate” until the central bank sees “compelling evidence” that inflation is moderating back to the long-term goal of 2%.

“The surge in prices of crude oil and other commodities that resulted from Russia’s invasion of Ukraine is boosting prices for gasoline and fuel and is creating additional upward pressure on inflation,” Powell described, adding that COVID-19-related lockdowns in China are also “likely to exacerbate ongoing supply chain disruptions.”

Amid the market selloff this year, Powell told Congress that the Fed will “strive to avoid adding uncertainty” in what is already an “extraordinarily challenging” time and remains “strongly committed to bringing inflation back down.”

“We have both the tools we need and the resolve it will take to restore price stability on behalf of American families and businesses,” Powell said. “It is essential that we bring inflation down if we are to have a sustained period of strong labor market conditions that benefit all.”

The Fed is “determined to take the measures necessary to restore price stability” and the U.S. economy remains “very strong and well positioned to handle tighter monetary policy,” Powell told Congress. “We will make our decisions meeting by meeting” and “be nimble” in responding to economic data, he added.