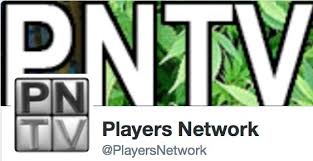 LAS VEGAS, NV–PNTV, (Marketwired – Aug 8, 2017) –  Player’s Network, Inc. (OTCQB: PNTV), the diversified company operating in the media and marijuana sectors, today announced that media and entertainment veteran Andrew Orgel has been retained as consultant and advisor to PNTV in the development and launch of “weedTV,” The Cannabis Network. weedTV seeks to be the business-to-business leader and dominant consumer “network” in the lifestyle sector.

Orgel will be responsible for overseeing the strategic development of the brand, in the areas of sales, marketing, content strategy and staffing. He will bring on a creative media and entertainment team to help build weedTV as a highly-differentiated media-centric cannabis brand.

PNTV CEO Mark Bradley commented, “Andy is truly a media pioneer and one of the few industry leaders with a background and successful track record in the development and launch of some of the most powerful global entertainment networks. His experience and expertise includes the inception of some of the most iconic – and disruptive – media businesses, when other industry leaders determined those concepts to be unconventional and too risky. Our goal is to create the newest lifestyle channel to accomplish for cannabis what Andy helped those networks do their respective categories. We are thrilled to include Andy on our team.”

Orgel was an original, start-up executive at MTV, A&E, Nickelodeon and The Movie Channel, among others. He continues as Chairman & CEO of QOL (Quality of Life) Media, a media and entertainment investment and management portfolio in the integrated quality of life sector. The company uses the power of media, entertainment and events to support and catalyze the shifting culture and social change. Its goal is to help global citizens live better lives, and within a better world.

“It was through QOL that I learned about the healing benefits of medical cannabis in saving lives, especially children and the elderly. I intend to balance weedTV’s recreational side with that of critically important alternative health and wellness options,” Orgel said.

He continued, “Just as he did with the gaming entertainment lifestyle, Mark has identified the hottest category for the next decade. He is exploiting the most powerful consumer trend, to reach a massive global marketplace with audiences that are demanding information, news and entertainment from within the sector.”

Bradley and his dedicated team have just completed a 2-year development phase. That team includes Michael Berk, highly-regarded Hollywood screenwriter and executive producer; co-creator, executive producer, writer and director of Baywatch, over 20 high-profile films and television series and the Chief Creative Officer of weedTV’s; and Tony Caporicci, senior software programmer, developer of advanced technology platforms and networks for the gaming and hospitality industry for over 25 years and the lead architect and technologist for the weedTV’s platform. Burk and Caporicci round off the core team.