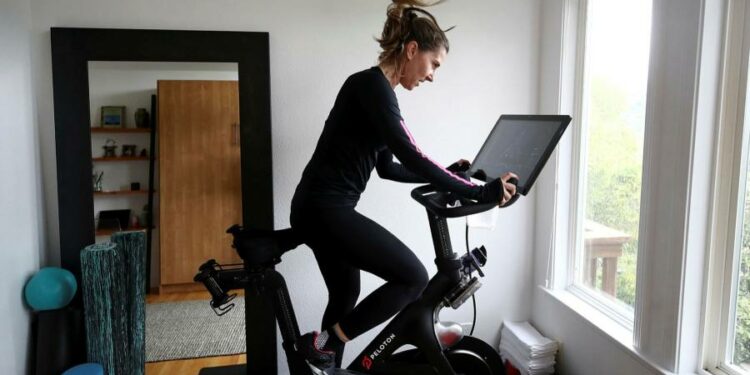 Peloton is ending in-house production of the exercise bikes that earned the connected fitness company a fanatical following, in the latest strategic rethink to follow the sharp reversal in its financial fortunes.

The New York-based group said it would suspend operations at Tonic Fitness Technology, the Taiwanese manufacturing facility it acquired for about $45mn less than three years ago. Rexon Industrial, another Taiwanese company with which it has worked for several years, will become the primary manufacturer of Peloton’s bikes and treadmills.

Barry McCarthy, the former Netflix and Spotify executive Peloton brought in as chief executive in February, portrayed the move as a natural progression in a strategy of simplifying the company’s supply chain and focusing on software and content rather than on hardware, where he has been trying to improve its profit margins.

“We believe that this along with other initiatives will enable us to continue reducing the cash burden on the business and increase our flexibility,” he added.

In May, Peloton said it had ended its fiscal third quarter with just $879mn in unrestricted cash and cash equivalents, with McCarthy admitting that cash outflows had left it “thinly capitalised” for a business of its size.

It has since raised $750mn in new debt from lenders including Blackstone and Apollo, as McCarthy tries to cut $800mn from annual costs by 2024. But its stock has fallen below $9 per share, cutting its equity valuation to $3bn from a peak of almost $50bn in late 2020, when investors hoped that the pandemic-fuelled surge in appetite for exercising at home would continue.

When Peloton took control of Tonic soon after going public in 2019, it pitched the acquisition as a way to take more control over its supply chain at a moment when co-founder John Foley was chasing ambitious growth goals and telling his board that the company could one day be worth $1tn.

In 2021, Foley broke ground on a $400mn manufacturing facility in Ohio, saying that US production would accelerate its growth and “allow us to sleep better” in the face of concerns about the risk of a war over Taiwan. It has since abandoned the site.

Andy Rendich, Peloton’s chief supply chain officer, said in a statement that Rexon was “a proven partner for our global operations”, adding that its more than 100 Peloton staff in Taiwan would “continue to play a key role in our engineering and manufacturing strategy”.

Companies cannot afford to be left behind in the quantum revolution

Companies cannot afford to be left behind in the quantum revolution