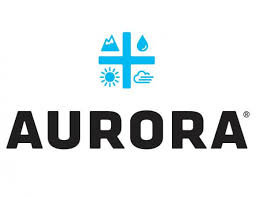 On December 21, 2016, Aurora surpassed 12,000 active registered patients, less than 12 months after the Company’s first product sale in January, 2016, which is believed to be the fastest rate of patient registration after commencement of commercial operations achieved by any Licensed Producer.

On January 13, 2017, Aurora initiated a voluntary recall of product purchased from another licensed producer and resold to clients. The other licensed producer had previously initiated a precautionary voluntary product recall, which affected a relatively small quantity of product resold by Aurora. The recall is not anticipated to have material financial or operational consequences for Aurora.

Construction of the Company’s new Aurora Sky production facility at Edmonton International Airport (“EIA”) is progressing smoothly and on schedule, with grade and fill work essentially complete. More than 400 screw piles are now installed for the grade beam, and office trailers and other infrastructure have been completed at the site. The General Contractor award is will be announced shortly, with Subtrade awards following thereafter. Construction of the facility is expected to be completed on schedule as planned for the second half of 2017.

On January 4, 2017, Aurora signed a Joint Venture Research Agreement with Radient Technologies Inc. (“RTI”). The first phase of this venture will include screening experiments of extraction conditions, while phase two includes larger scale experiments related to extraction throughput and optimal extraction conditions. Aurora’s scientists and the RTI team will commence tests January 16, 2017, and the first phase is expected to be completed within approximately six weeks.

Further to the Company’s news release dated March 4, 2016, Aurora has now settled both outstanding legal proceedings and as such, is no longer involved in any further litigation.

On behalf of the Board of Directors,
AURORA CANNABIS INC.

ProtoKinetix, Incorporated Announces Investigator Sponsored Clinical Trial Submitted to Health Canada for the use of AAGP™ in the Treatment of Type 1 Diabetes

ProtoKinetix, Incorporated Announces Investigator Sponsored Clinical Trial Submitted to Health Canada for the use of AAGP™ in the Treatment of Type 1 Diabetes