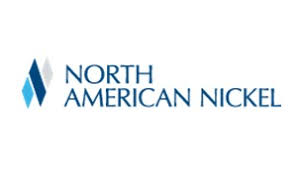 Drill hole MQ-17-135 was completed to test the down-dip extent of the new nickel-copper sulphide zone intersected at Mikissoq in the Imiak Hill Complex area in 2016. This new hole has returned significant results including:

NAN CEO, Keith Morrison, commented: “The primary objectives of the Company’s 2017 drilling are to demonstrate continuity and size potential of mineralized zones and to prioritize drill targets for 2018. The results from MQ-17-135 exceed the best results obtained at Mikissoq in 2016 and have extended the mineralization by 60 metres in a down-dip direction. This new intersection is also instrumental in advancing our understanding of targeting the Maniitsoq style mineralization at depth.”

Two holes totalling 1,169 metres were completed at the Mikissoq target which is located in the central portion of the Greenland Norite Belt (Figure 1). This release summarizes results received for hole MQ‑17‑135, from surface to a down hole depth of 495 metres. Drill collar information and a summary of assays are provided in Tables 1 and 2, respectively. A drill plan and drill cross section are given in Figures 2 and 3, respectively. Figures may be viewed using the link provided with this release.

The Company is pleased to report that processing of numerous sample batches is now in progress. Reporting of assay results from holes completed at the Spotty Hill, P-013SE and P-058 mineralized zones is expected to occur at regular intervals over the coming weeks.

Further details of drilling completed at Mikissoq are given below.

In 2016, a new nickel-copper sulphide zone was discovered at Mikissoq while drill testing a borehole electromagnetic (BHEM) anomaly located below shallow zones of mineralization. This zone was intersected by three drill holes over a dip extent of 105 metres and consisted of coarse grained magmatic disseminations and blebs, locally with remobilized sulphide stringers and veins (see News Release dated October 31, 2016).

Hole MQ-17-135 was collared to test 50 metres down dip of hole MQ-16-118 and intersected a 75.75 metre long zone grading 1.10% nickel and 0.43% copper from 359.85 to 435.6 metres down hole. The mineralization was similar in nature to previous intersections comprising of both magmatic and remobilized sulphides (see Figure 4). The sulphide content is variable with higher grade intervals occurring in both the upper and lower portions of the zone:

The mineralization is characterized by high nickel tenors (percent nickel re-calculated to 100% sulphides) of typically between 8 and 11%, as evidenced by a sample of a near massive sulphide vein that assayed  9.55% nickel and 0.80% copper over 0.30 metres from 425.90 to 426.20 metres. This sample also contained elevated cobalt and Pt+Pd+Au values of 0.24% and 0.61 g/t, respectively.

A wide mylonite zone was intersected a short distance below the mineralized zone from 437.80 to 456.50 metres. The mylonite zone is interpreted to be shallowly dipping and have a reverse sense of movement with the SE block “up” based on oriented structural data collected from a downhole Televiewer survey. This interpretation led to a decision to extend the hole with the possibility of intersecting a second faulted extension of the zone. The hole extension (495 to 783 metres) did not intersect a second sulphide zone but did encounter several norite intervals at depth, locally containing trace amounts of sulphides.

A second hole, MQ-17-139, was collared to test for the zone  approximately 50 metres along strike to the southwest of hole MQ-16-117 and intersected a wide zone of norite, locally containing weakly disseminated and blebby sulphides. Assays for samples from the extension of MQ-17-135 and from MQ‑17-139 are pending.

The lower Mikissoq zone has been intersected over a dip extent of 165 metres, dips sub-vertically and is interpreted to have a pipe-like geometry. BHEM results from MQ-17-135 are dominated by in-hole responses correlating with the more highly sulphidic upper and lower portions of the zone and by a stronger off-hole response located up plunge in the direction of previous drilling. These results do not preclude the continuation of less conductive disseminated and blebby magmatic sulphides in a down dip direction. A possible off-set along the shallowly dipping mylonite zone is yet to be determined.

The drilling was completed by Cabo Drilling Corp utilizing two Atlas Copco S2 diamond drill rigs. Drill core samples (36.5 mm BQ and 47.6 mm NQ) are cut in half by a diamond saw on site.  Half of the core is retained for reference purposes.  Samples are generally 1.0 to 1.5 metre intervals or less at the discretion of the site geologists. Sample preparation is completed at the GeoLAB Greenland ApS preparation lab in Nuuk, Greenland.  Sample pulps are sent by air to the MS Analytical laboratory in Langley, BC, Canada.  Blank samples and commercially prepared and certified Ni sulphide analytical control standards with a range of grades are inserted in every batch of 20 samples or a minimum of one per sample batch.  Analyses for Ni, Cu and Co are completed using a sodium peroxide fusion preparation and ICP-ES finish (PER-700).  Analyses for Pt, Pd, and Au are by fire assay (30 grams nominal sample weight) with an ICP-AES finish (FAS-113).

The Company is not aware of any legal, political, environmental or other risks that could materially affect the potential development of the project other than those set out in its annual information form filed on www.sedar.com. Please see below under the heading “Cautionary Note Regarding Forward-looking Statements” for further details regarding risks facing the Company.

All technical information in this release has been reviewed and approved by Patricia Tirschmann, P.Geo, who is the Qualified Person for the Company and Vice President Exploration, North American Nickel Inc.

The Maniitsoq property in Greenland is a Camp scale project comprising 2,985 square km covering numerous high-grade nickel-copper sulphide occurrences associated with norite and other mafic-ultramafic intrusions of the Greenland Norite Belt (GNB). The >75km-long belt is situated along, and near, the southwest coast of Greenland accessible from the existing Seqi deep water port with an all year round shipping season and abundant hydro-electric potential.

The Post Creek/Halcyon property in Sudbury is strategically located adjacent to the past producing Podolsky copper-nickel-platinum group metal deposit of KGHM International Ltd. The property lies along the extension of the Whistle Offset dyke structure. Such geological structures host major Ni-Cu-PGM deposits and producing mines within the Sudbury Camp.

Although the Company has attempted to identify important factors that could cause actual actions, events or results to differ materially from those described in forward-looking statements, there may be other factors that cause actions, events or results not to be anticipated, estimated or intended. Statements concerning mineral reserve and resource estimates may also be deemed to constitute forward-looking statements to the extent they involve estimates of the mineralization that will be encountered if the property is developed.

Statements about the Company’s future expectations and all other statements in this press release other than historical facts are “forward looking statements” within the meaning of Section 27A of the Securities Act of 1933, Section 21E of the Securities Exchange Act of 1934 and as that term defined in the Private Litigation Reform Act of 1995. The Company intends that such forward-looking statements be subject to the safe harbours created thereby. Since these statements involve risks and uncertainties and are subject to change at any time, the Company’s actual results may differ materially from the expected results. For further information on the project, please see National Instrument 43-101 (NI 43-101) technical report prepared by SRK Consulting (Canada) Inc. (SRK) dated effective March 17th, 2017, titled “Updated Independent Technical Report for the Maniitsoq Nickel-Copper-Cobalt-PGM Project, Greenland”, available under the Company’s profile at www.sedar.com or at www.northamericannickel.com

ON BEHALF OF THE BOARD OF DIRECTORS

Neither the TSX Venture Exchange nor its Regulation Services Provider (as that term is defined in the policies of the Exchange) accepts responsibility for the adequacy or accuracy of this release.

A PDF accompanying this announcement is available at: https://www.globenewswire.com/NewsRoom/AttachmentNg/90d2b2d6-c9cb-4e3d-bf2d-6e3c87e3ef61