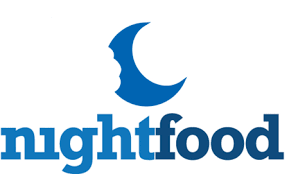 Two months into the current quarter, NightFood sales are already up over 800% compared to three full months of revenues in the same quarter last year.

“What we’re so excited about is not the dollar amount of the sales, but the trajectory and metrics, along with consumer response and insights,” commented CEO Sean Folkson. “The idea of people buying snacks online without ever having tried them was the single biggest concern the CTC team had about our account. We’ve proven that consumers can go from hearing about NightFood for the first time on social media, to a paid order, in a matter of minutes. And, the reviews and reorders show us that people love our snacks.”

Gross Amazon sales increased from $10,891 in July to $16,581 in August. During this time, Facebook ad spend also increased by 52%, but the Company spent 33% less on consumer discounts and Amazon promo codes.

Folkson added, “These numbers are unaudited, but we have supreme confidence in Amazon’s reporting. It’s clear that more consumers are spending more money on more NightFood, and the increase in each area is significant.”

With its expertise and track record of successfully scaling awareness and revenues of consumer brands online, the Company believes that CTC can deliver media efficiency metrics of 2-3x what the Company has achieved to date. This would result in a profitable, stand-alone, and scalable direct-to-consumer business segment. The Company will then shift focus back to expanding NightFood retail distribution with a broader product line.

“I think it’s a safe bet that CTC will double our media efficiency in short order. This will allow us to invest more heavily in advertising, growing revenues exponentially over the next several months,” continued Folkson. “Our goal is to have our first $100,000 month before end of the calendar year.”

Questions can be directed to investors@nightfood.com

Forward Looking Statements:
This current press release contains “forward-looking statements,” as that term is defined in Section 27A of the United States Securities Act of 1933 and Section 21E of the Securities Exchange Act of 1934. Statements in this press release which are not purely historical are forward-looking statements and include any statements regarding beliefs, plans, expectations or intentions regarding the future, including but not limited to, any products sold or cash flow from operations.

Actual results could differ from those projected in any forward-looking statements due to numerous factors. Such factors include, among others, the inherent uncertainties associated with distribution and difficulties associated with obtaining financing on acceptable terms. These forward-looking statements are made as of the date of this news release, and we assume no obligation to update the forward-looking statements, or to update the reasons why actual results could differ from those projected in the forward-looking statements. Although we believe that the beliefs, plans, expectations and intentions contained in this press release are reasonable, there can be no assurance that such beliefs, plans, expectations or intentions will prove to be accurate. Investors should consult all of the information set forth herein and should also refer to the risk factors disclosure outlined in our most recent annual report for our last fiscal year, our quarterly reports, and other periodic reports filed from time-to-time with the Securities and Exchange Commission.