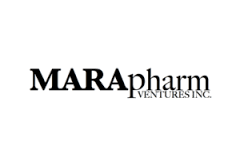 Marapharm Ventures Inc. (OTCQB: MRPHF) (CSE: MDM.CN) (FSE: 2M0) (“Marapharm” or the ” Company”) (https://www.marapharm.com/) Marapharm Ventures Inc. “Marapharm” announces construction in Las Vegas has hit a series of critical milestones. The building shells are complete, the concrete has been poured, the buildings have been insulated, and interior framing has begun.  The buildings have double the amount of insulation as required by code to keep operating costs in the Nevada environment as low as possible. The concrete slabs are designed with state of the art heating and cooling infrastructure to lower operating costs and to enhance the growing environment, which will place less demand on the HVAC system.

All equipment and initial operating supplies have been ordered, with delivery expected in the next few weeks, including industry leading lighting from Solis-Tek Lighting Corp custom engineered rolling ‘Soma-Style’ cultivation bins and a custom soil blend made by Essential Agronomy from Oregon for the cultivation operation. Closed loop extraction equipment from Extraction Tek will be installed for the manufacturing operation. The entire facility will benefit from a custom engineered HVAC system that uses a combination of SURNA indoor water chilled fan coils and dehumidifiers. These will be fueled by outdoor propane powered engines with proprietary Italian made heat exchange technology.

“The buildings we have are state of the art and have been custom designed to be flexible and expandable with redundancy across our operations to assure that harvests will be protected. Operating costs are estimated at 20% less than a conventional system. Our infrastructure and equipment investments reflect decisions to use the best-of-breed. We are in this for the long term and these facilities will enable us to create a top quality product that will yield the highest return for our shareholders,” said Linda Sampson, Marapharm CEO.

Construction photos are available on the Marapharm web page. On August 21, 2017 Marapharm announced that construction of the 2 starter facilities was expected to be complete on or about October 31, 2017. This has been reset to on or about November 30, 2017.

Marapharm announced on October 10, 2017 that construction of a third building of 65,635 square feet and that building plans were expected to go to bid in October 2017. Plans have been completed and have gone to manufacturers for bid.

Marapharm announced on September 18, 2017 that plants were being started. Mother plants will transition from the interim facilities to the cultivation buildings on or about November 30, 2017.

We would like to remind shareholders that there is an open house in Las Vegas, Nevada, November 17, 2017.  Register at https://www.marapharm.com for your invitation.

Marapharm is a publicly traded company primarily investing in the medical and recreational cannabis space, with corporate operations based in British Columbia, Canada. Since 2016 they have rapidly expanded their footprint to include production locations in the key North American states of Washington, Nevada, and California.  They actively seek expansion opportunities worldwide.

Marapharm trades in Canada, ticker symbol MDM on the CSE, in the United States, ticker symbol MRPHF on the OTCQB, and in Europe, ticker symbol 2Mo on the FSE. Marapharm also trades on other recognized platforms in Europe including Stuttgart, Tradegate, L & S, Quotnx, Dusseldorf, Munich, and Berlin.

Canadian listings (CSE) will remain in good standing as long as they provide the disclosure that is rightly required by regulators and complying with applicable licensing requirements and the regulatory framework enacted by the applicable state in which they operate.