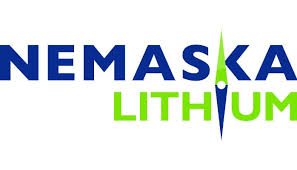 Guy Bourassa, President and CEO of Nemaska Lithium commented, “Our inclusion in the S&P Dow Jones Indices is a clear recognition of the evolution of Nemaska Lithium as it transitions from exploration into development and lithium production. Assets around the globe are invested products based on these indices and we look forward to the increased market visibility that membership in the S&P/TSX Canadian Indices provides.”

Nemaska Lithium intends to become a lithium hydroxide and lithium carbonate supplier to the emerging lithium battery market that is largely driven by electric vehicles, cell phones, tablets and other consumer products. The Corporation is developing in Quebec one of the most important spodumene lithium hard rock deposit in the world, both in volume and grade. The spodumene concentrate produced at Nemaska Lithium’s Whabouchi mine will be shipped to the Corporation’s lithium compounds processing plant to be built in Shawinigan, Quebec. This plant will transform spodumene concentrate into high purity lithium hydroxide and carbonate using the proprietary methods developed by the Corporation, and for which the Corporation holds four granted patents and several patent applications that are pending in different countries, covering different aspects and improvements of its proprietary technology for preparing high purity lithium hydroxide and carbonate.

All statements, other than statements of historical fact, contained in this press release including, but not limited to, (i) the increased market visibility that membership in the S&P/TSX Canadian Indices provides, and (ii) generally, the above “About Nemaska Lithium” paragraph which essentially describe the Corporation’s outlook constitute ”forward-looking information” or ”forward-looking statements” within the meaning of certain securities laws, and are based on expectations, estimates and projections as of the time of this press release. Forward-looking statements are necessarily based upon a number of estimates and assumptions that, while considered reasonable by the Corporation as of the time of such statements, are inherently subject to significant business, economic and competitive uncertainties and contingencies. These estimates and assumptions may prove to be incorrect.

Further information regarding Nemaska Lithium is available in the SEDAR database (www.sedar.com) and on the Corporation’s website at: www.nemaskalithium.com.