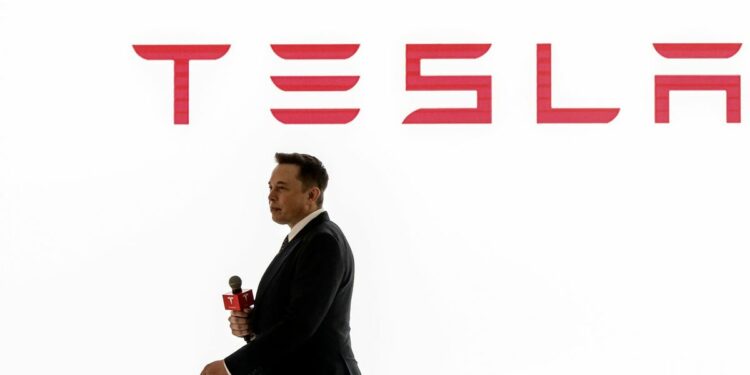 BLK
will de-emphasize shareholder initiatives focused on it.

Is the ESG brand losing its luster in the midst of the world’s worsening energy and economic crisis? It sure is starting to seem that way.

A De-listing and the Rationale Behind It

TSLA
from its S&P 500 ESG Index, Musk said “Exxon is rated top ten best in world for environment, social & governance (ESG) by S&P 500, while Tesla didn’t make the list! ESG is a scam. It has been weaponized by phony social justice warriors.”

While Musk’s obvious anger at the de-listing seems understandable, if Exxon’s listing among the Top 10 on this particular list is indeed the work of “social justice warriors,” it must be said that this would likely be the very first time that has ever been the case. Still, others agreed with his assessment of the de-listing of Tesla.

“Ridiculous. Not worthy of any other response,” ARK Invest Founder and CEO Cathie Wood tweeted Wednesday in response to an article detailing the change.

JNJ
and Meta, which have once again met the index methodology’s chopping block.”

Dorn added that other factors behind the de-listing included “a decline in criteria level scores related to Tesla’s (lack of) low carbon strategy and codes of business conduct,” and went onto say that S&P had “identified two separate events centered around claims of racial discrimination and poor working conditions at Tesla’s Fremont factory, as well as its handling of the NHT

HT
SA investigation after multiple deaths and injuries were linked to its autopilot vehicles.”

The New York Post reports that “Tesla was the largest company to be excluded from the S&P 500 ESG index based on its weight of its shares relative to the index’s overall value. Tesla comprises about 2% of the broad-based index.”

Tesla’s stock price fell by more than 7% on May 18, the day its removal was announced. Given that the broader market fell by 4% on the same day, it’s hard to know how much of Tesla’s drop was attributable to S&P’s actions.

Not being a Tesla holder or driver myself, I really don’t have a personal stake in any of this. But, if one accepts the proposition that EVs are better for the environment overall than internal combustion engine cars, it would be hard to identify any other corporation on the planet that has done better on the “E” part of ESG (Environment, Social, Governance) than Musk’s company.

That said, it should also be noted that MSCI, another popular rating agency, gives Tesla an A rating, indicating that Tesla is average for its industry group. MSCI also echoes S&P by noting that Tesla is misaligned with ESG-related climate goals, mostly due to not having a decarbonization target. Thus, because the company does not have a “target” to meet this somewhat arbitrary goal set by the ESG community, Tesla’s stock price suffers.

To many, including Mr. Musk, it all seems illogical and needlessly destructive of economic value.

A Whiff of Politics at Play?

Tom Pyle, President of the American Energy Alliance, has not been a noted defender of Musk and Tesla in the past. But he smells more than a whiff of politics at play here. “How quickly the left has turned on Elon Musk,” he told me in an email. “As soon as he started started criticizing Democrats, they sharpened their knives. As soon as he announced he was going to clean up Twitter, they revved up their attack machine. Now Wall Street, which has showered him with capital for years, is joining the attack. It shows you what the ESG movement is really about – rewarding companies and executives for towing the progressive line.”

When I asked if she thought Tesla’s removal from the S&P index was justified, Rashida Salahuddin, President & CEO of The Corporate Citizenship Project, replied that it was a “clear illustration of how arbitrary and flawed the ESG rating and indexing system has become. All the top companies on the ‘rebalanced’ ESG Index list have been subject to discrimination issues and government probes.”

Salahuddin also expressed suspicions of politics at play in the move. “We believe this flawed decision by S&P has nothing to do with Tesla’s environmental or social impact and instead is related to Elon Musk’s increasing political involvement. Mr. Musk’s outside activities including his pending Twitter acquisition have nothing to do with Tesla’s ESG performance and as such should not be factors for S&P.”

During a time of economic distress and global energy crisis, it is entirely fair to ask whether ESG-related concerns are really among the top metrics management teams at companies should be striving to meet. Competent investment managers should be constantly assessing and reassessing the rankings of their lists of priorities, and ESG should be no exception to that process.

Claims made recently by BlackRock management to the state of Texas indicate the firm agrees with that principle. In addition to CEO Larry Fink’s recent comments cited at the top of this story, BlackRock further emphasized its apparently revised prioritization of ESG in a letter this month to Texas Comptroller Glenn Hegar. The company was responding to a new Texas law that would require the Comptroller to deny any firm that unfairly discriminates against the Texas oil and gas industry the ability to manage positions in Texas pension funds.

Reuters reports that, In a May 13 letter signed by its head of external affairs, Dalia Blass, BlackRock told Hegar that its “investment decisions are governed strictly by our fiduciary duty to clients, and that duty requires us to prioritize our clients’ financial interests above any commitments or pledges not required by law.” ESG metrics are not required by law. Not yet, anyway.

This is a big deal for BlackRock, which estimated it runs $24 billion for Texas public pension plans, and is obviously not anxious to lose that position. It’s amazing how a little political pressure can result in a reshuffling of priorities.

A Luxury Item in Tough Times

Global fright narratives about the “climate emergency” have undoubtedly served to place the wind at the ESG community’s back in recent years. But as skyrocketing energy costs continue to play a central role in exacerbating an already severe inflation crisis, it is only natural that more conventional, financial elements of a company’s sustainability would begin to move back up on those lists of priorities. At the same time, energy stocks have begun to significantly out-perform the overall market and other industrial segments, making re-investment in those stocks a smart financial move by firms like BlackRock and Pershing Square.

The reality here seems to be that ESG is a classic luxury item, an expensive virtue signal in the corporate world. In that sense, it is little different than Tesla’s pricey cars, in fact. When times are good, it’s easy to focus on luxury items as status symbols, like paying a small army of consultants seven-figure fees to generate you a glossy annual sustainability report, or allocating a larger portion of the funds you manage to investments in companies who sport such reports.

But when times get tough and look to likely be getting tougher down the road, the intrinsic value of the luxury item and the opportunity for virtue signaling it represents diminishes and can even become a target for criticism. The events of the past few weeks indicate that this is where the ESG brand is headed for the time being.